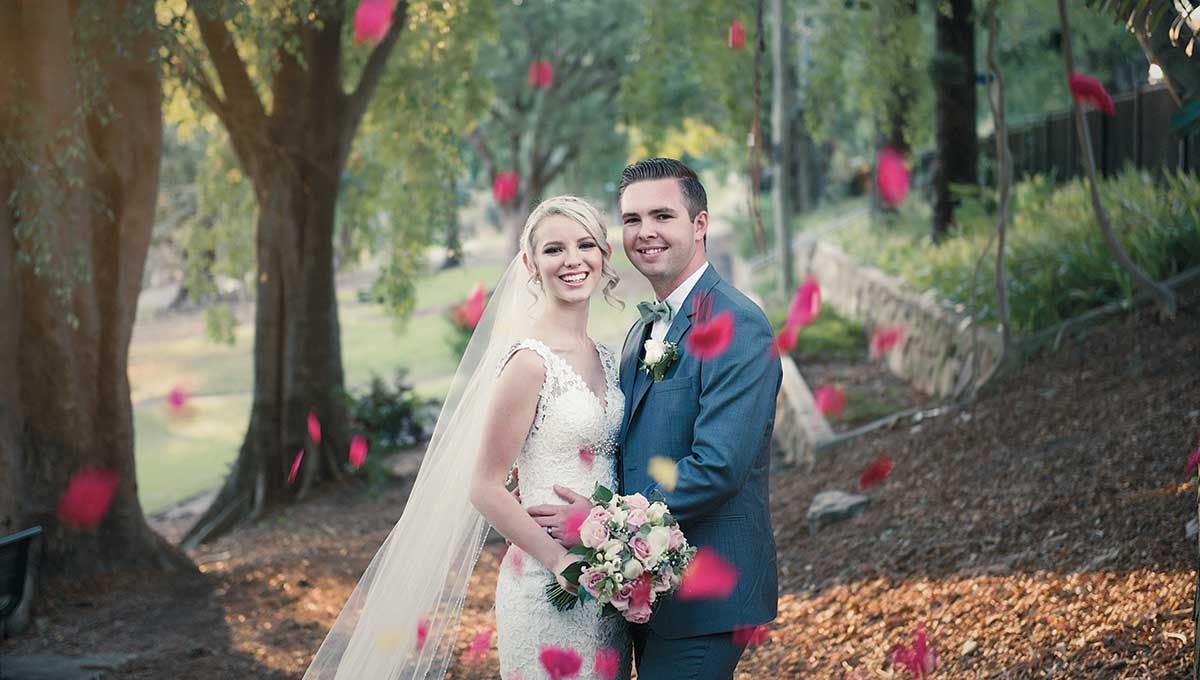 This couple’s love story began when they were both teenagers. Crossing paths at church, their families hit it off immediately – and it didn’t take long for Kim and Bradley to notice a connection too. “We were best friends and we would talk for hours on end,” says Kim. “We just really clicked.” 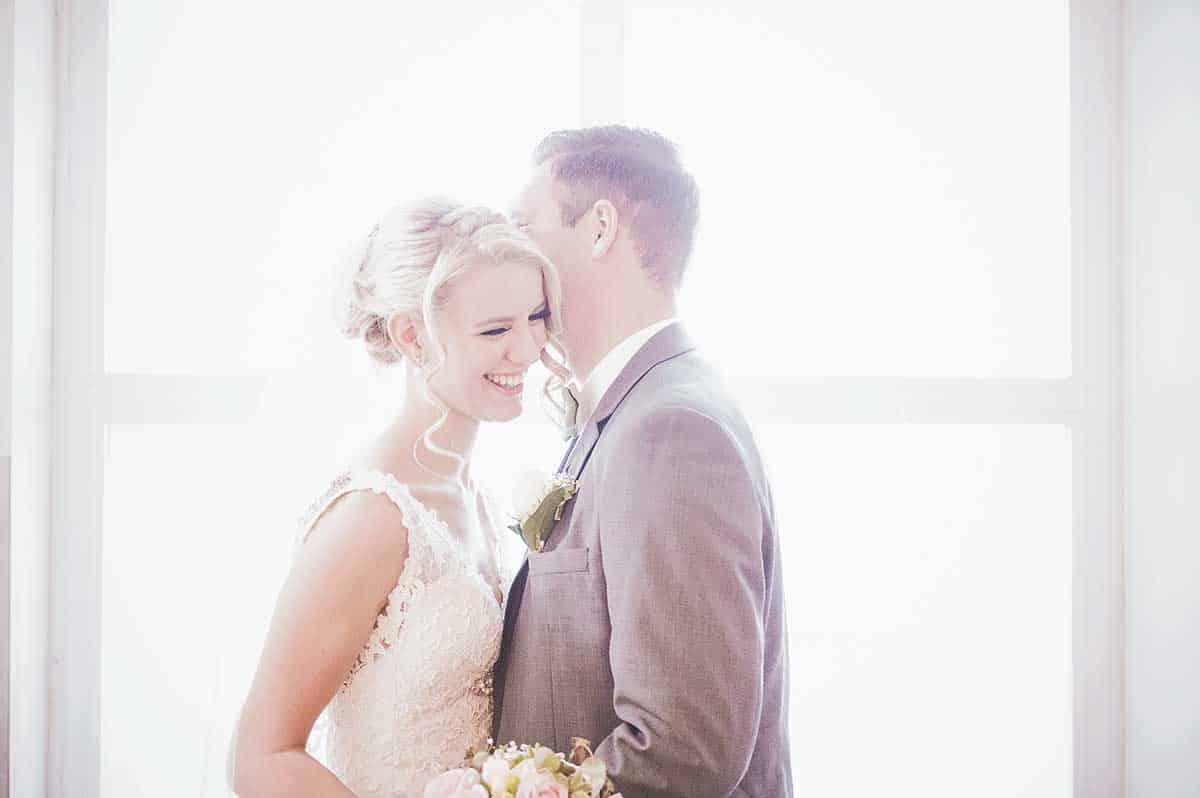 The two started dating when Bradley revealed his true feelings some years later. “Our families were on holiday together in Victoria and one day Bradley asked me out,” says Kim. “We were on our way to the Great Ocean Road, so we spent our first date there. It was amazing!” 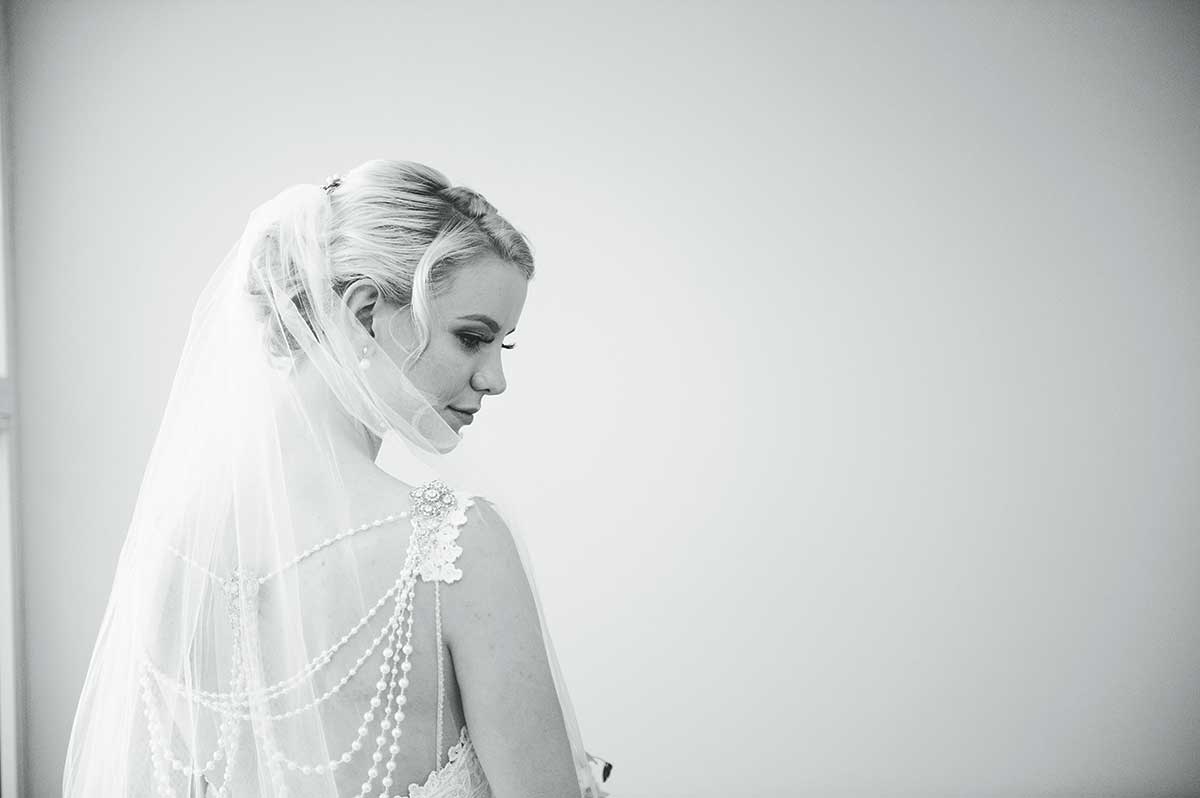 Years later, when it came time for him to pop the question, Bradley chose another romantic location and plotted a special surprise. On a getaway in Broken Head, the couple went for an early morning hike when Bradley caught Kim off guard. “We were just walking to a clearing on a cliff, with the sunrise just behind us, he got down on one knee and asked me to marry him,” says Kim. 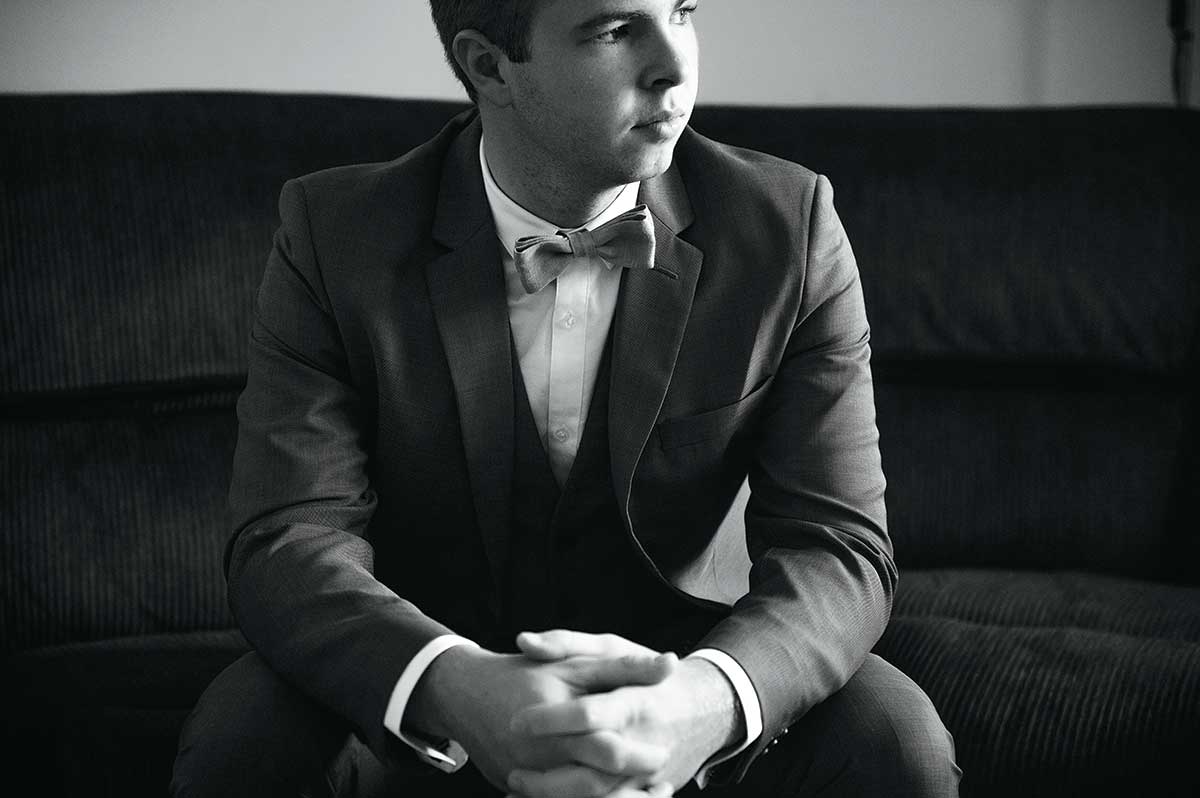 After saying yes, she was surprised again later that day when Bradley took her out for dinner to celebrate. “All our friends and family were there – little did I know, Bradley had planned this surprise engagement party months ago!” Just nine months later, the two said “I do” in a touching Brisbane ceremony. After a brilliant sunset photo session with their photographer, Christopher Thomas, Kim and Bradley headed to The Watermark Hotel Brisbane for a memorable reception with plenty of delicious fare and heartfelt speeches. “It was amazing to share such a special day with all our friends and family,” says Kim. “We both just felt so loved.”

Funniest moment of the day? “During our photography session, one of our groomsmen threw a bunch of rose petals in the air so that they’d float down in the photos. It looked amazing, but some made their way down the front of my dress – which led to plenty of laughs!” 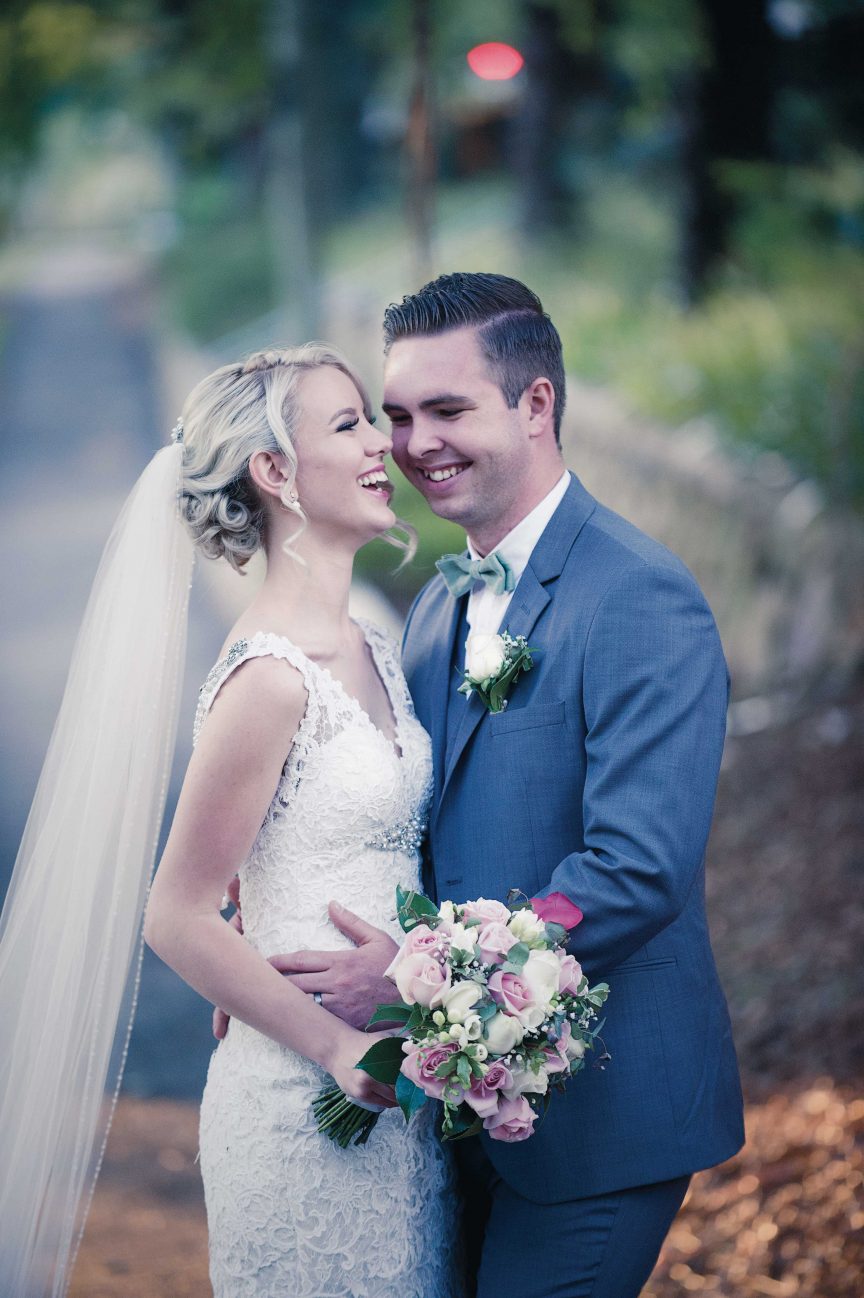 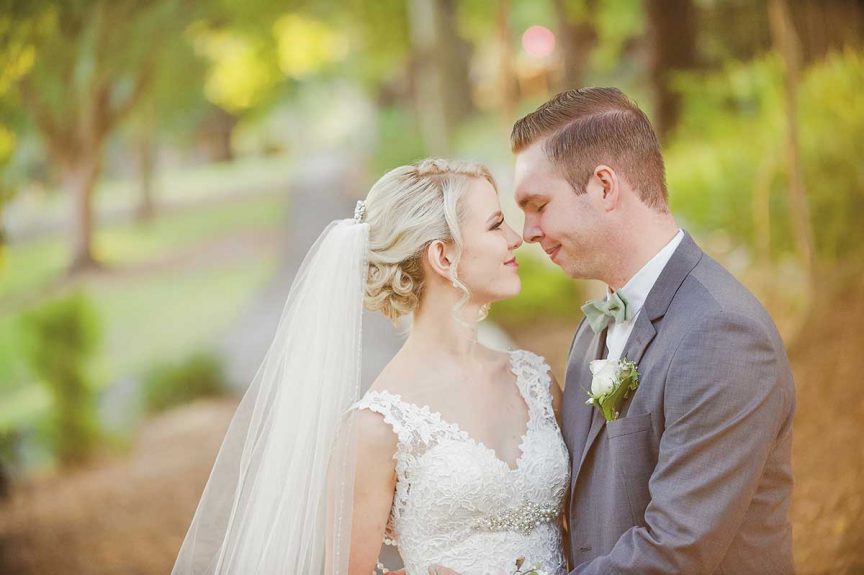 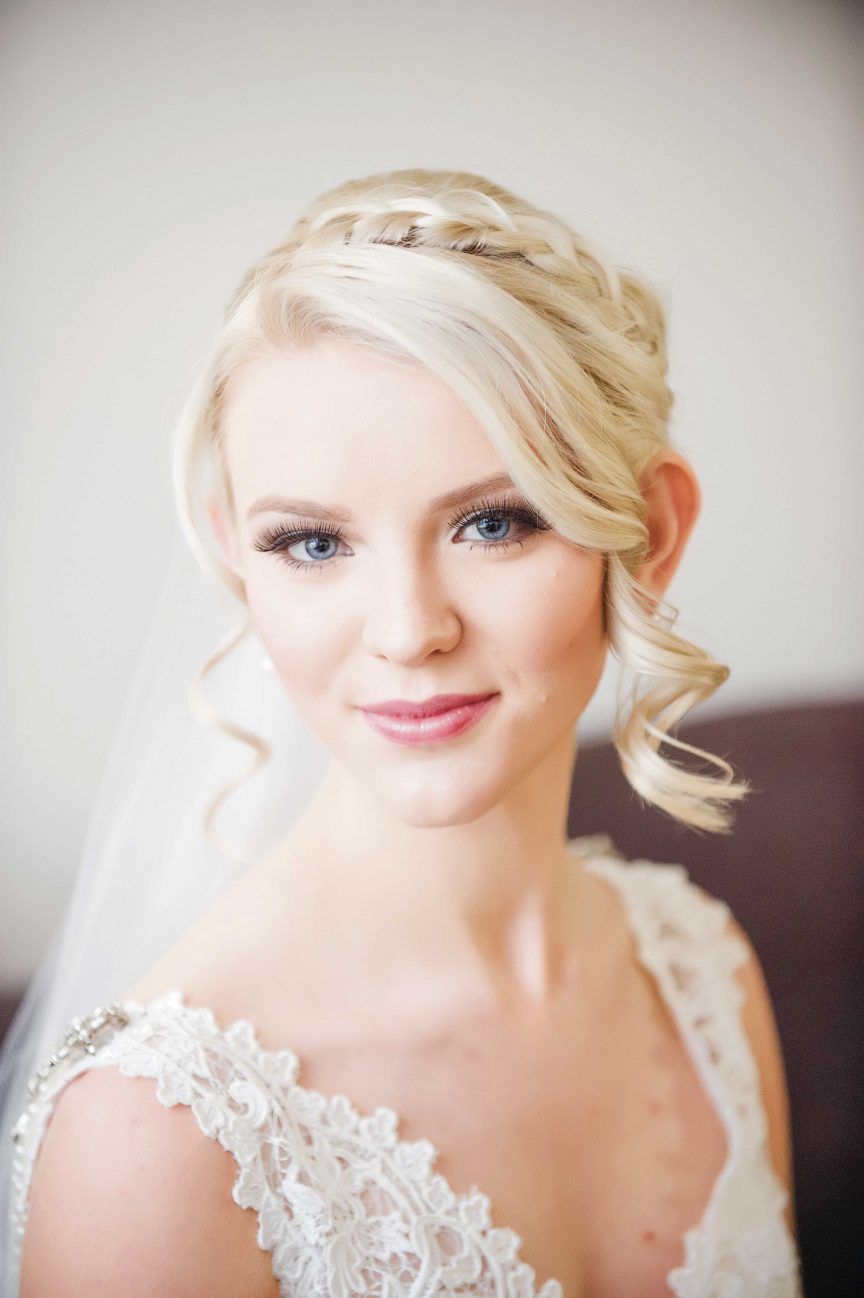