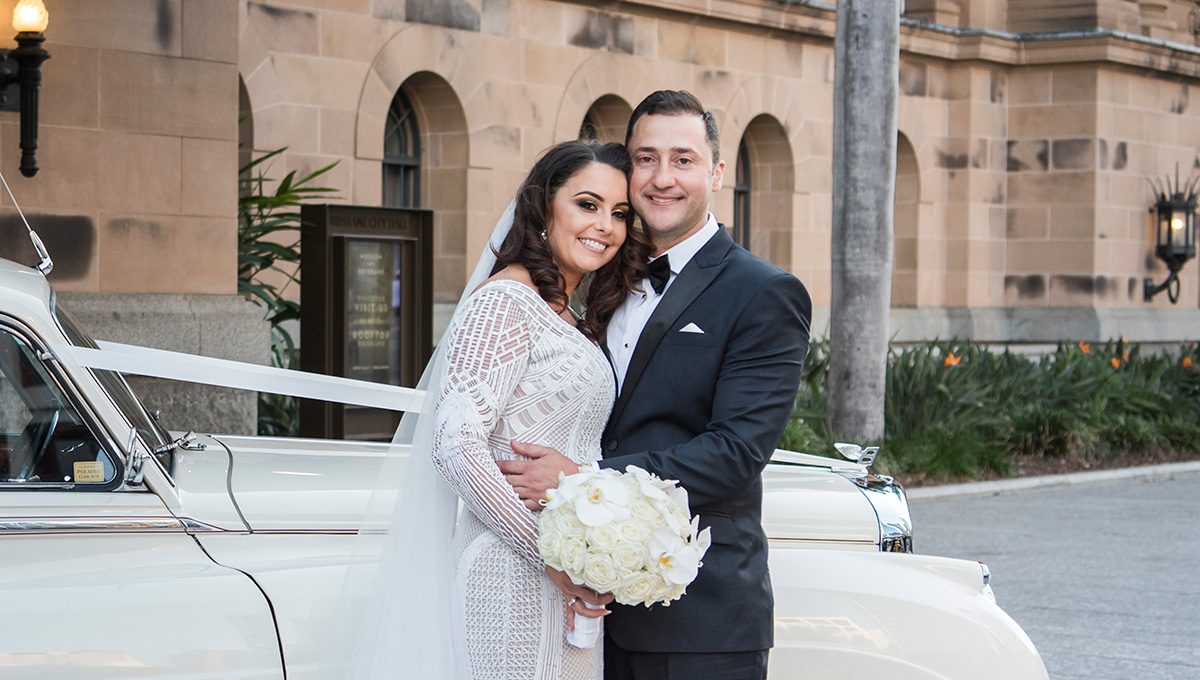 You’re loving the city life and working in the CBD when you’re offered a hard-to-refuse job opportunity in the outskirts of Brisbane – what do you do? When Lauren faced this scenario she took the leap and, ultimately, met her future husband. “I was offered a position with the company Peter works for,” explains Lauren. “I knew it would be an amazing career move, but I was slightly overwhelmed and nervous when I rocked up in a place of only around 1,000 people – mostly men!” 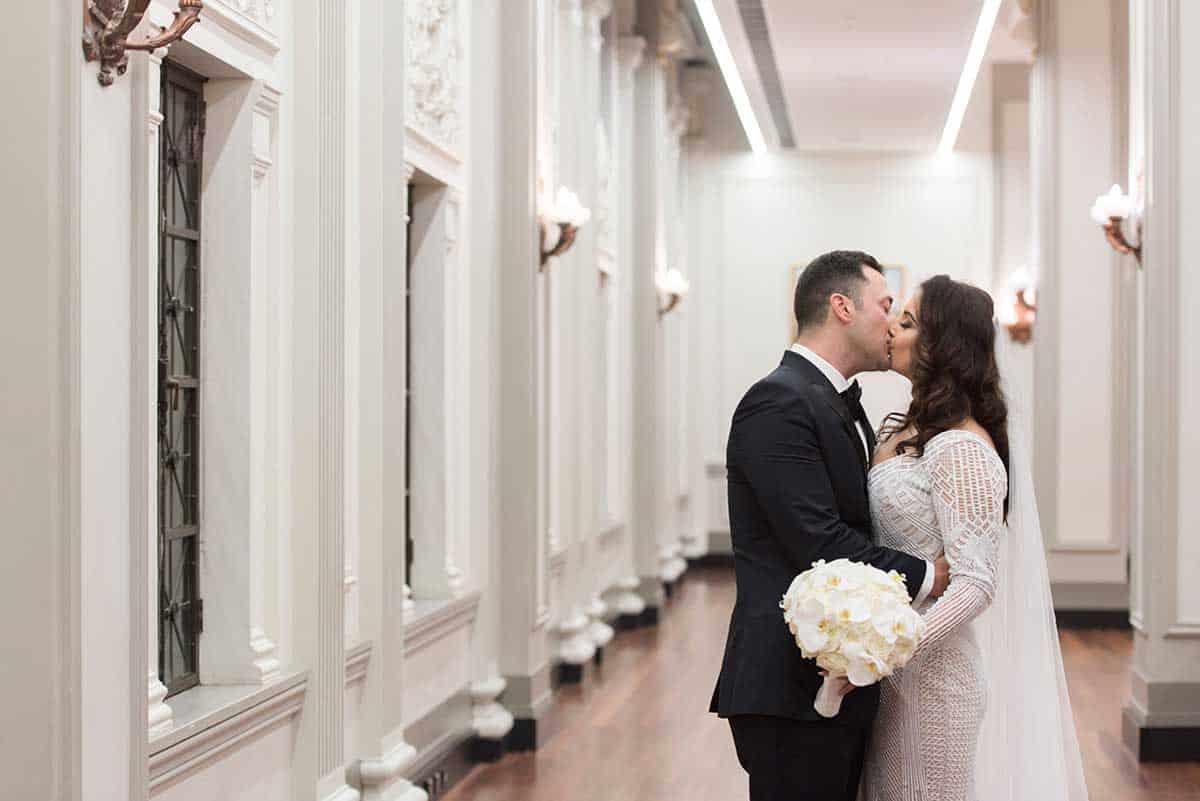 Although they didn’t work in the same department, Peter quickly noticed Lauren and went out of his way to make her feel welcome. “Peter would pass by nearly daily to say hello, see if I needed anything, and to ask me how things were going,” says Lauren. A couple of weeks of polite chatting went by before Peter (finally) asked Lauren for her number and the rest, as they say, is history. 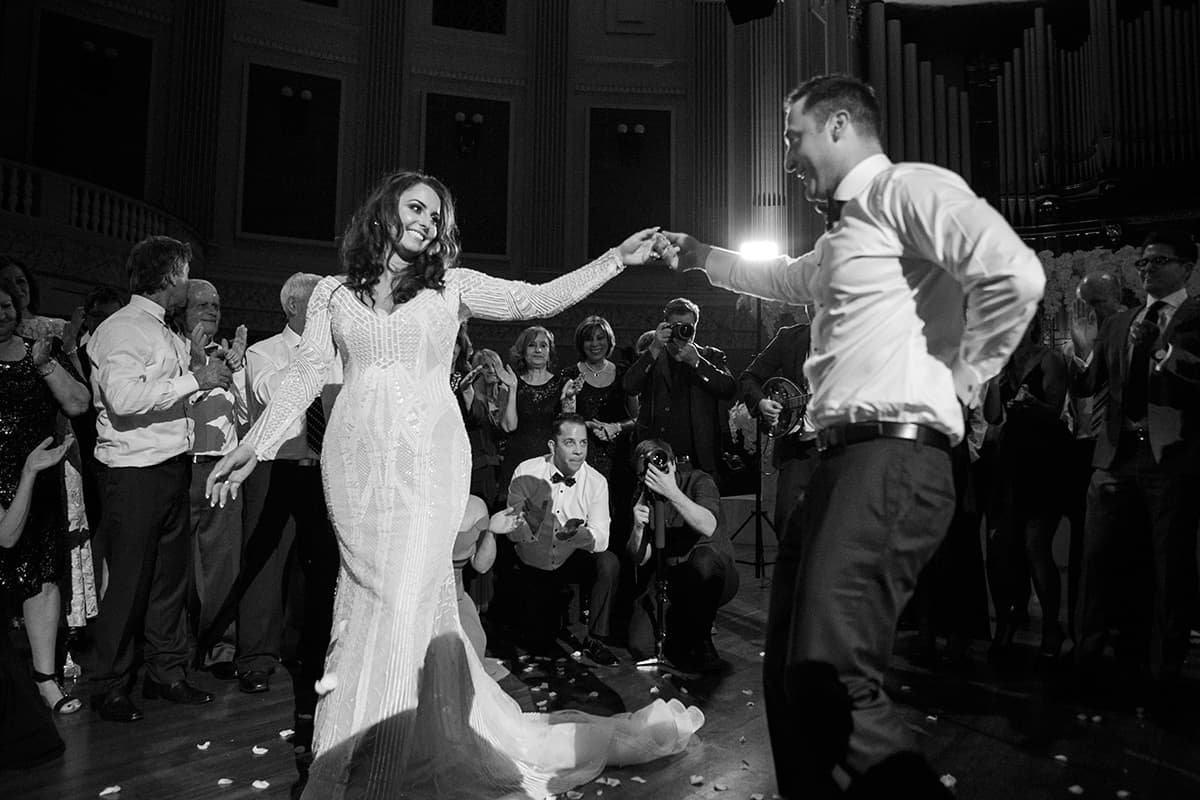 Twelve fun-filled months of dating flew by and the two decided to buy and renovate a beautiful 1920s Queenslander together. One evening, while Lauren was busy working on organising the final reno details from their apartment, Peter rang to say he was taking her out for a romantic dinner. “As we headed to a local restaurant, Peter suggested we drive past the house for a look,” remembers Lauren. “When we did, there was a light on inside and he said we should go in and investigate.” A little worried that there was a burglar in their home, Lauren reluctantly followed Peter inside – and was pleasantly surprised instead. “Peter had set up the porch with candles, flowers, Champagne and a cheese platter,” says Lauren. “Next thing you know, he asked me to be his wife! I was startled but so overwhelmed and my response wasn’t ‘yes’, it was ‘of course!’” 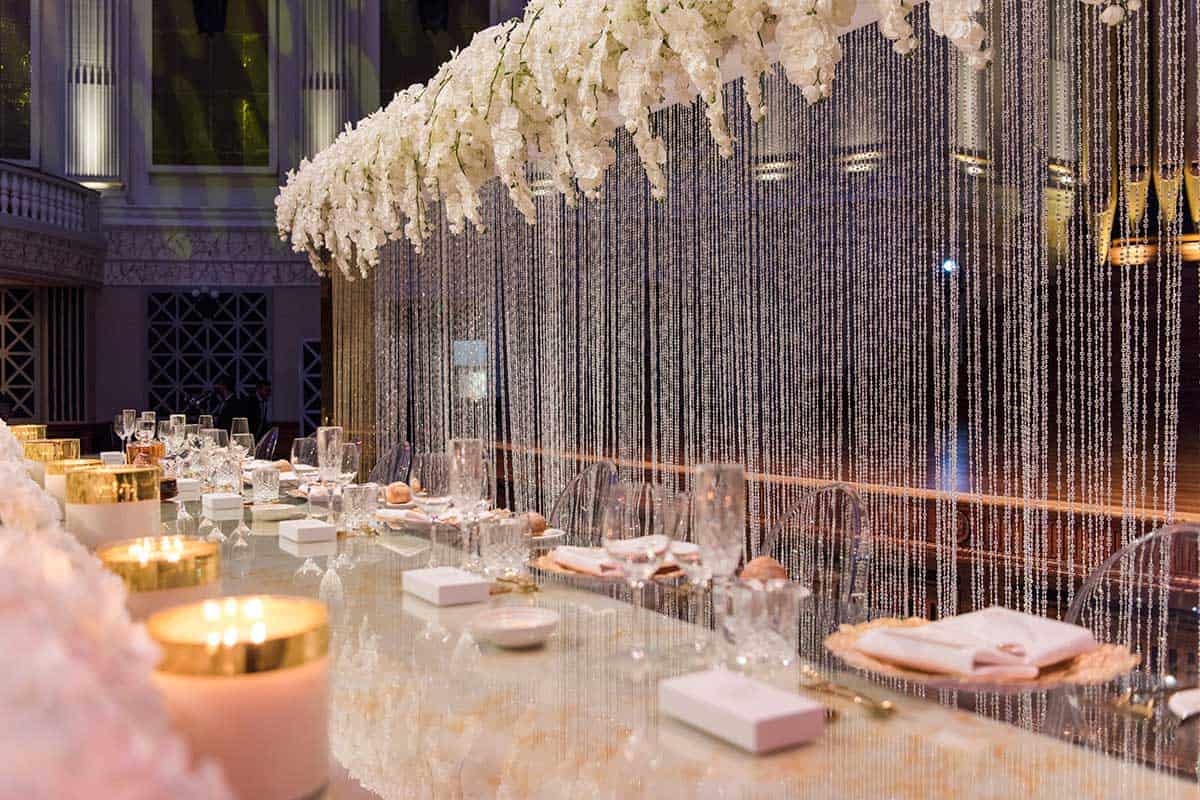 As if renovating a 90-year-old house wasn’t enough of a challenge, Lauren and Peter decided on having an über-glam city wedding with serious attention to detail – a dream that came true thanks to a little expert help. Teaming up with events whizz Alysia Bridger from Celebrations by Alysia, the three spent months planning one impressive celebration. “The finest of details were seen to, from the white marabou feathers and gold-pressed buttons by each place setting to the elaborate floral arrangements,” says Lauren.

When the big day arrived, Lauren and her bridesmaids sipped Champagne as they got ready while Peter and his groomsmen took part in a few important traditions. “In the Greek culture, the family dress the groom at the family home and they sing blessings for his marriage and life, play the accordion and have some pre-wedding mezze,” Lauren explains.

All dolled up in her custom Art Deco-inspired Paolo Sebastian gown, Lauren made her way to Brisbane’s Greek Orthodox Church of St George for the ceremony with a special chaperone by her side. “My 80-year-old grandfather had the important job of walking me down the aisle and we travelled to the church in a vintage Bentley – he was quite impressed,” laughs Lauren. 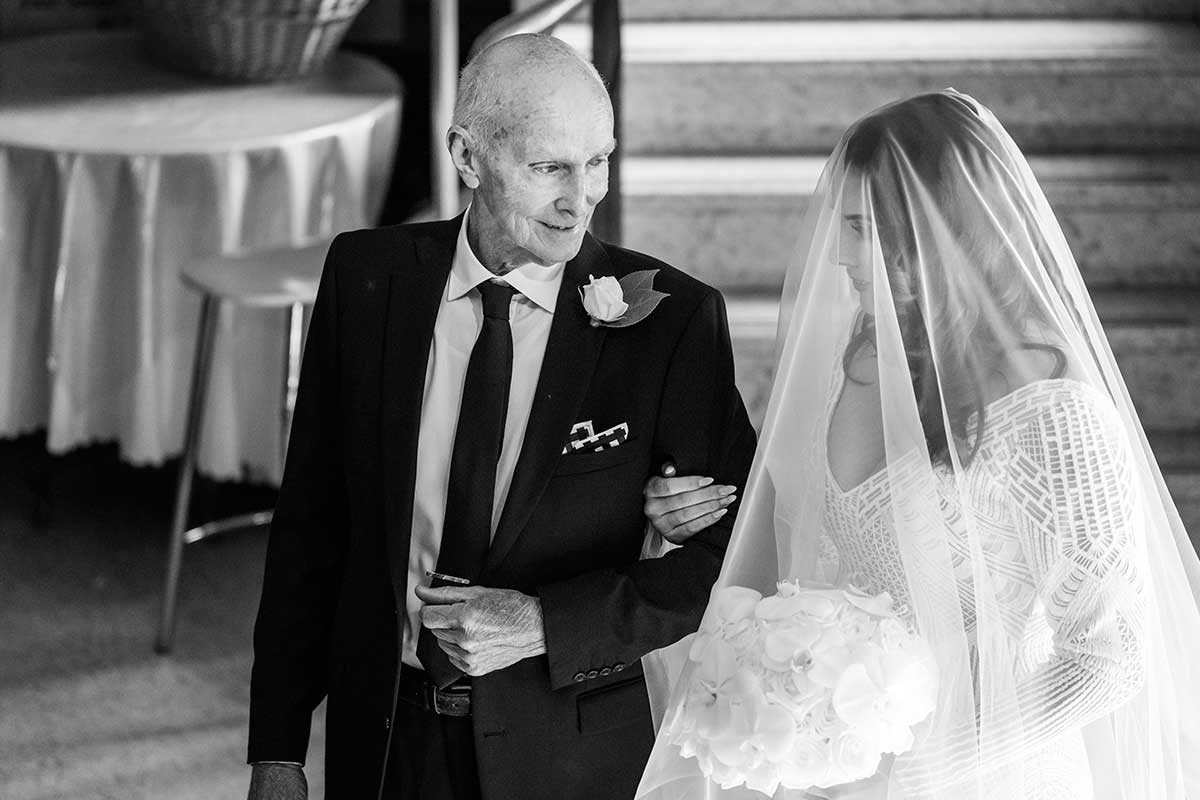 When they arrived, both Lauren and her grandfather were a little overwhelmed. “My grandfather had never been inside the church, which is very elaborate and beautiful,” says Lauren. “I loved watching him take it all in. He and my grandmother were mesmerised and so proud.”

Surrounded by 230 guests, Lauren and Peter said “I do” in a heartfelt ceremony before moving the party to Brisbane City Hall’s main auditorium for a dazzling reception. Before the festivities kicked off though, Lauren and Peter shared a special moment. “Peter and I were given the opportunity to view the room by ourselves and soak it all in before anyone else,” says Lauren. “It was just incredible and it gave us time to appreciate the day.” 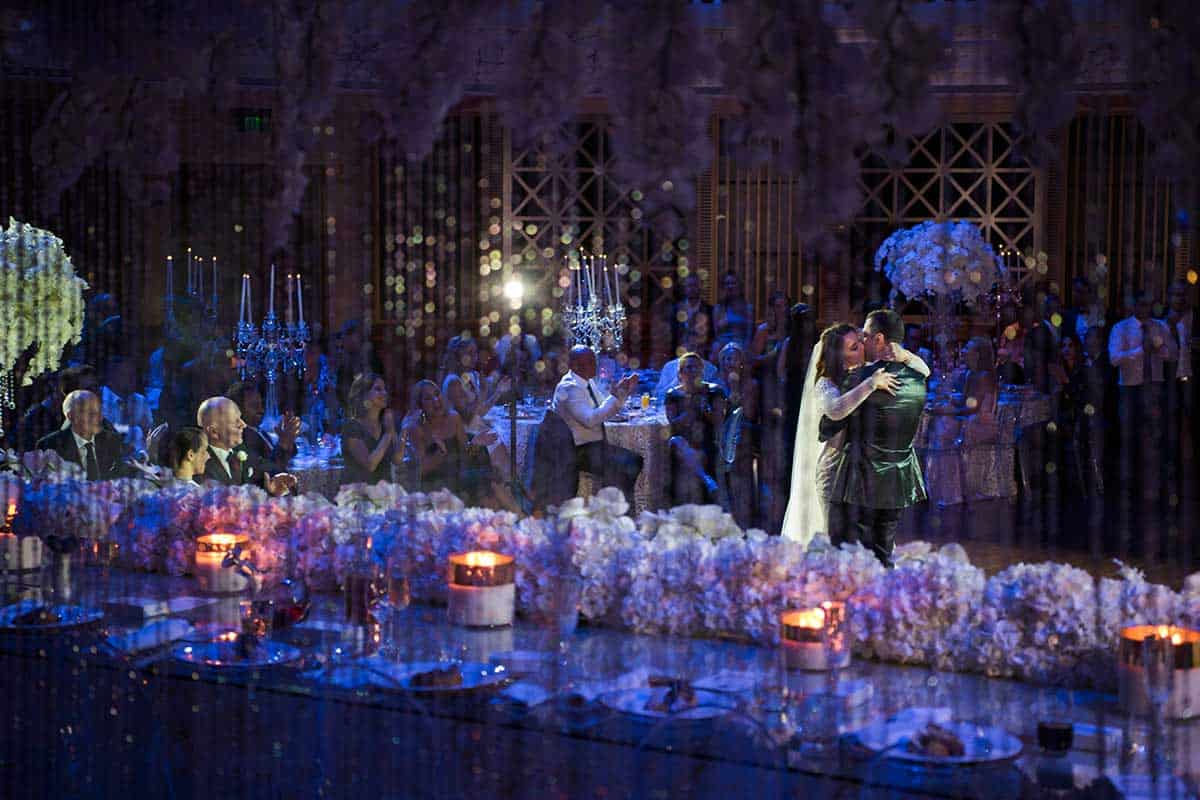 After enjoying an amazing meal, the couple and their guests were ready to hit the dance floor. “We had our DJ play a mix that Peter and I had put together and there were traditional Greek musicians playing the bouzoukia,” says Lauren.

Then there was one unexpected moment that really made Lauren and Peter’s reception unforgettable. “Peter’s father surprised us by singing a song and absolutely blowing off the roof,” shares Lauren. “His voice was just unbelievable and he did it so casually, as though he sings in front of hundreds of people all the time – which he definitely does not!”

It was a wedding filled with good times and sweet memories the couple will cherish. “It was a true symbol of two wonderful families becoming one,” says Lauren. “It meant so much to us.” 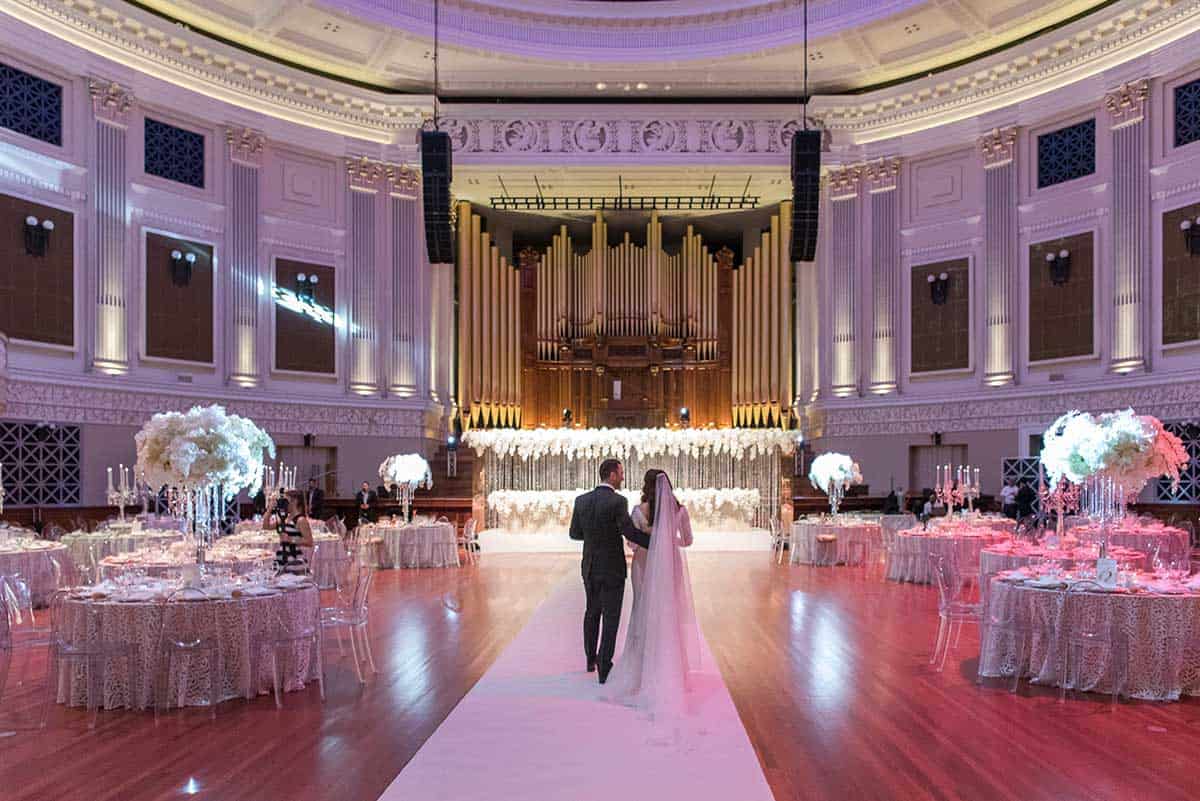 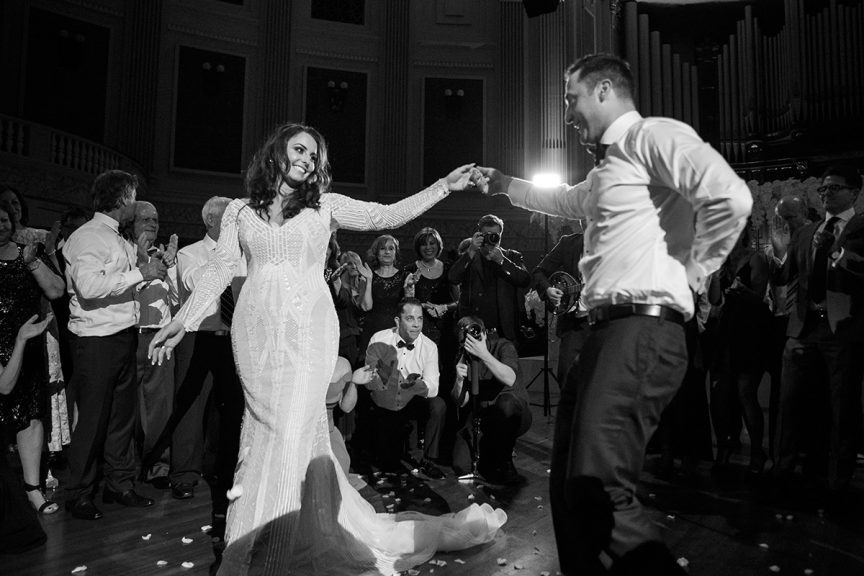 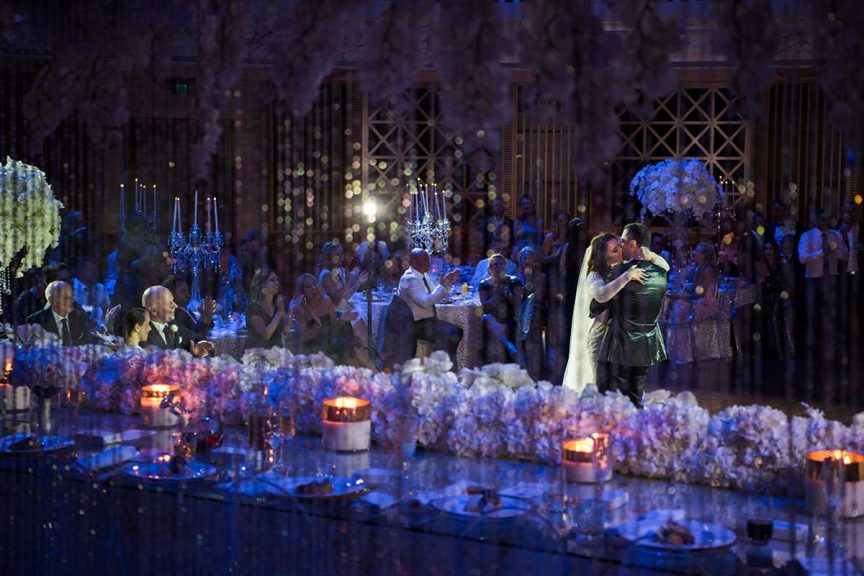 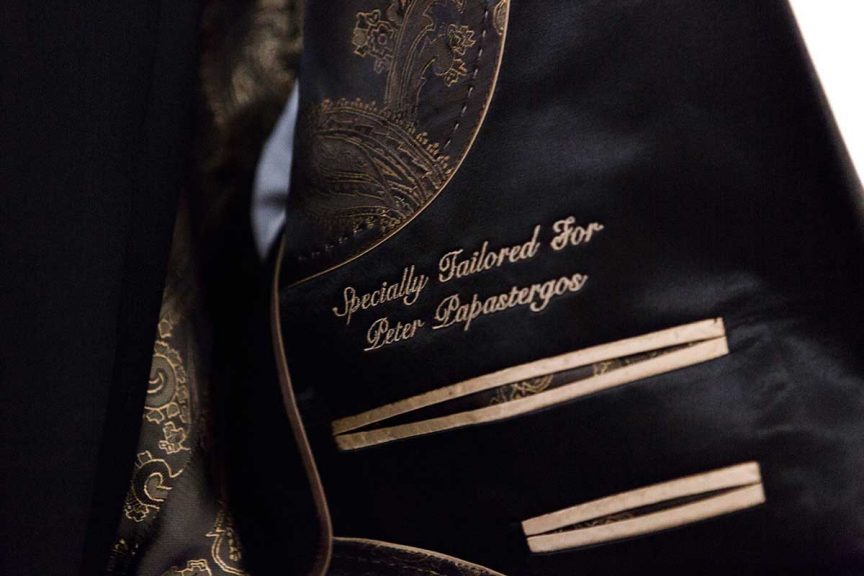 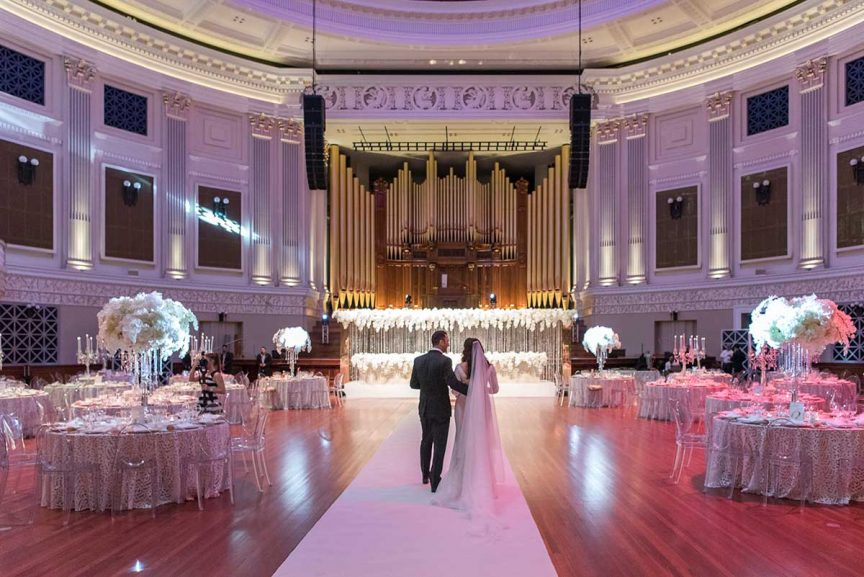 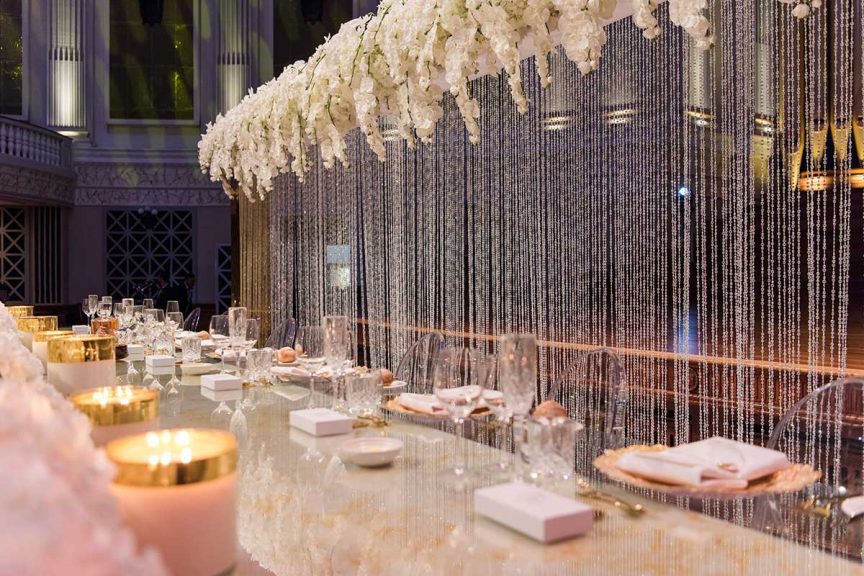 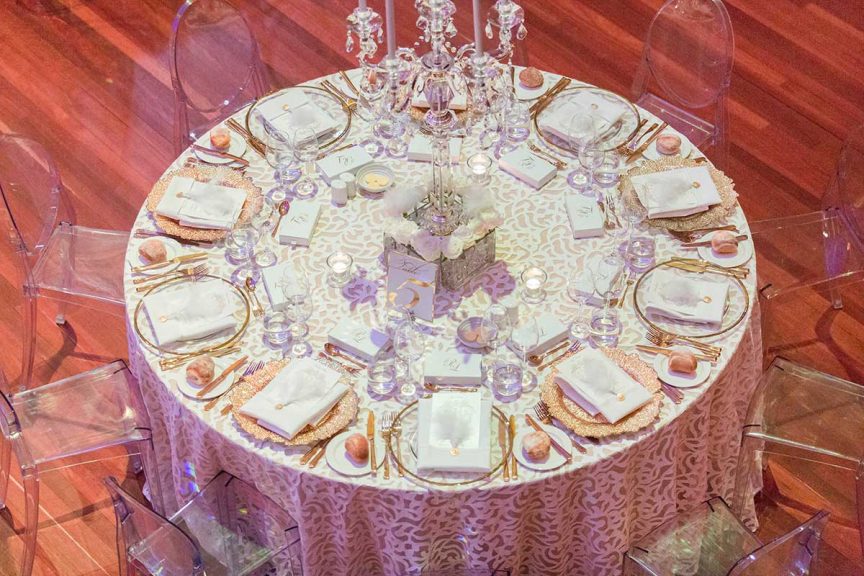 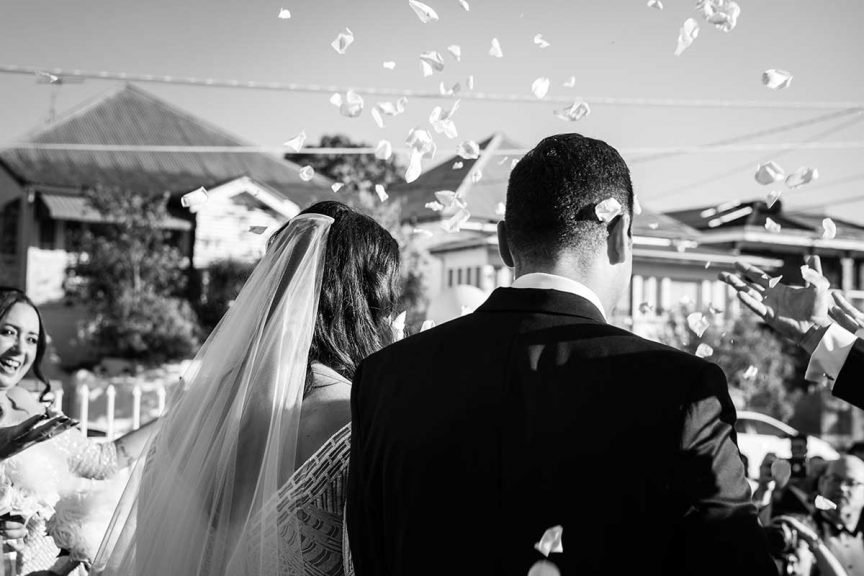 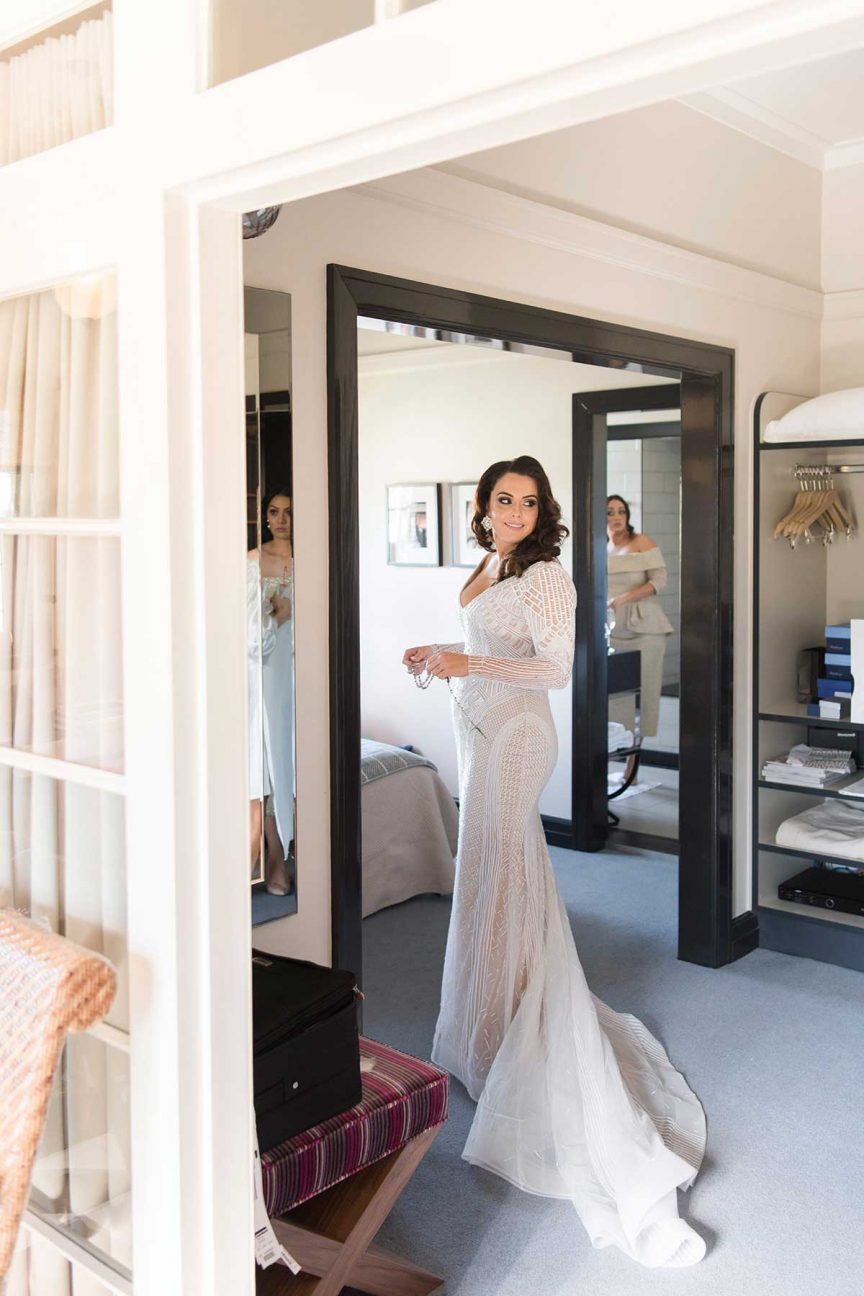