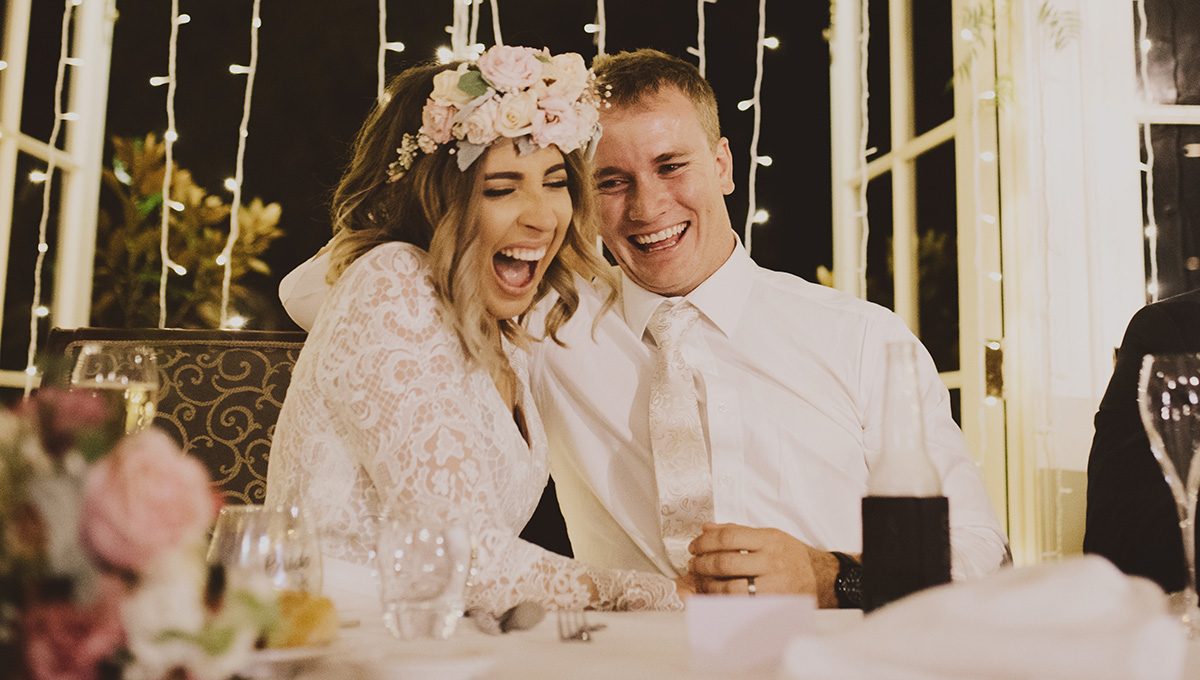 It mightn’t have exactly been a case of ‘love at first sight’ that brought Samantha and Thomas together, but these two sweethearts were clearly meant to be. Meeting when they were both 18 when Thomas was playing for the local footy club, the two took their time to cross paths again. “He definitely didn’t catch my eye at first,” laughs Samantha. “But one thing led to another and he asked me to be his girlfriend a couple of months later!”

It seems good things come to those who wait, with the couple going on to spend five adventure-filled years together, relocating their lives to beachy Yeppoon and becoming engaged. “Thomas proposed on the beach one Wednesday afternoon, playing our song, Train’s ‘Soul Sister,” says Samantha. Simple and romantic – nicely done, Thomas!

Setting the date for two years later, the two planned an elegant celebration at Toowoomba’s Gabbinbar Homestead. Originally picturing a rustic-inspired wedding, Samantha opted for a minimalist look with romantic touches. What resulted was an utterly beautiful celebration in the countryside. “All of our vendors went above and beyond our expectations,” says Samantha.

Embracing the old-world feel of their venue, Samantha tied the knot with Thomas in Gabbinbar’s enchanting pavilion and included a few lovely traditions. “My ‘something borrowed’ was a hanky from Thomas’s great, great grandmother,” explains Samantha. “My ‘something blue’ was a beautiful antique necklace my nan gave me when I was 10. Unfortunately she passed away right after Thomas and I started dating, but I knew she was there in spirit.”

After exchanging vows, Samantha and Thomas moved the festivities into the venue’s timeless conservatory and really let their hair down. “The night was filled with endless laughter, dancing and singing,” says Samantha. “At one point, Neil Diamond’s ‘Sweet Caroline’ played and, somehow, by the end of the song everyone was jumping up on the chorus, singing and dancing with napkins their heads! It was so silly and fun, and was easily a highlight of the night.”

A romantic first dance surrounded by dazzling sparklers capped off a fantastic celebration with friends and family. “There was so much love and laughter in the air,” says Samantha. “It was honestly indescribable!” 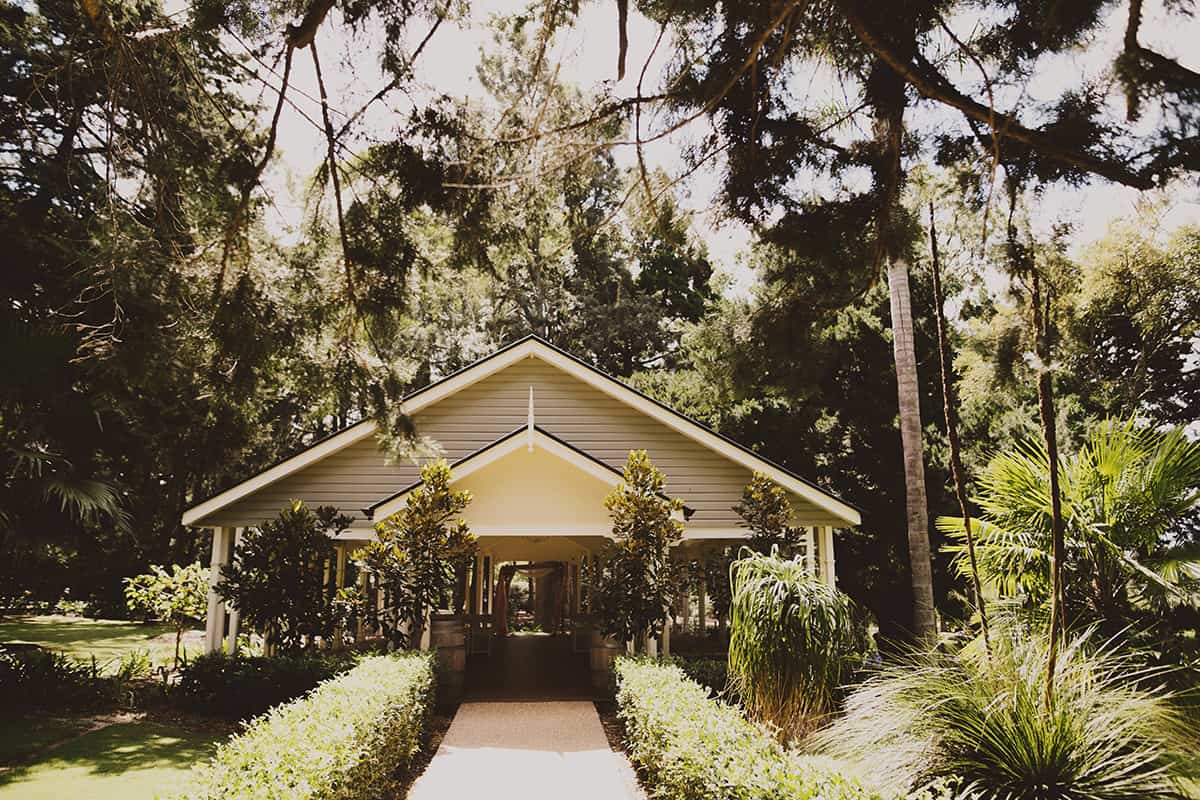 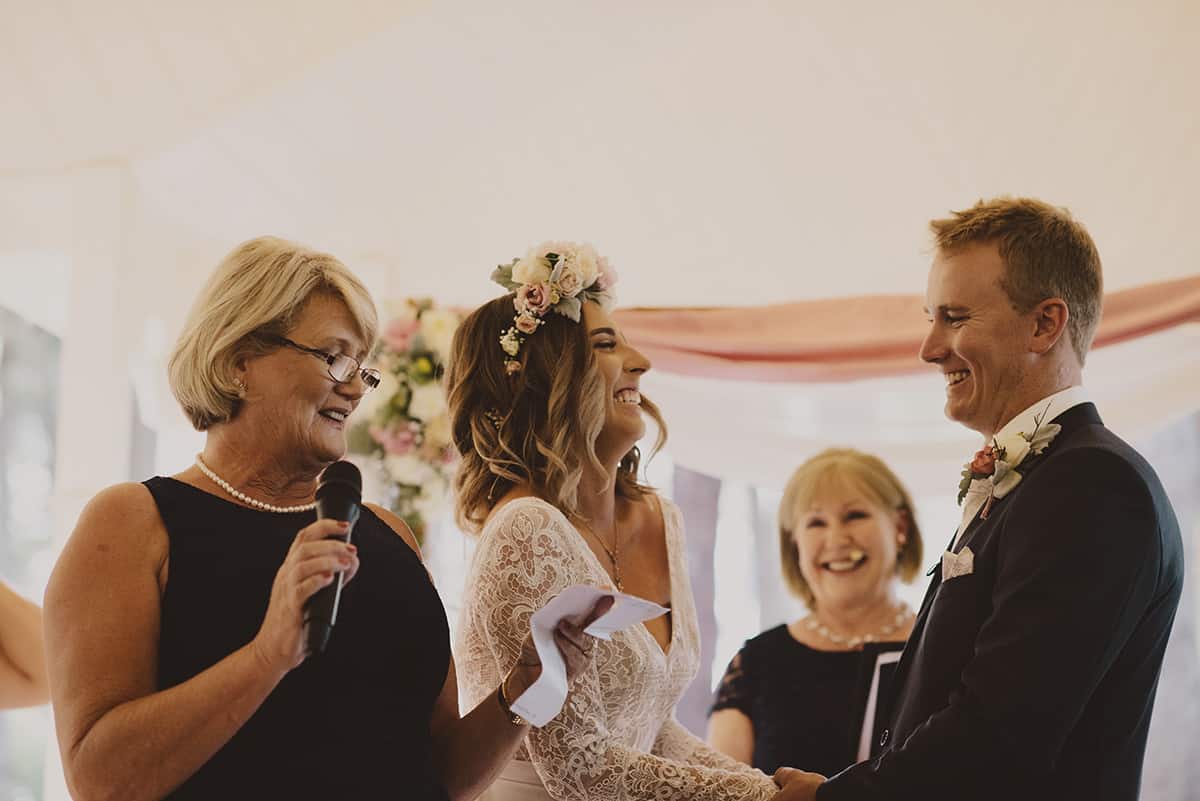 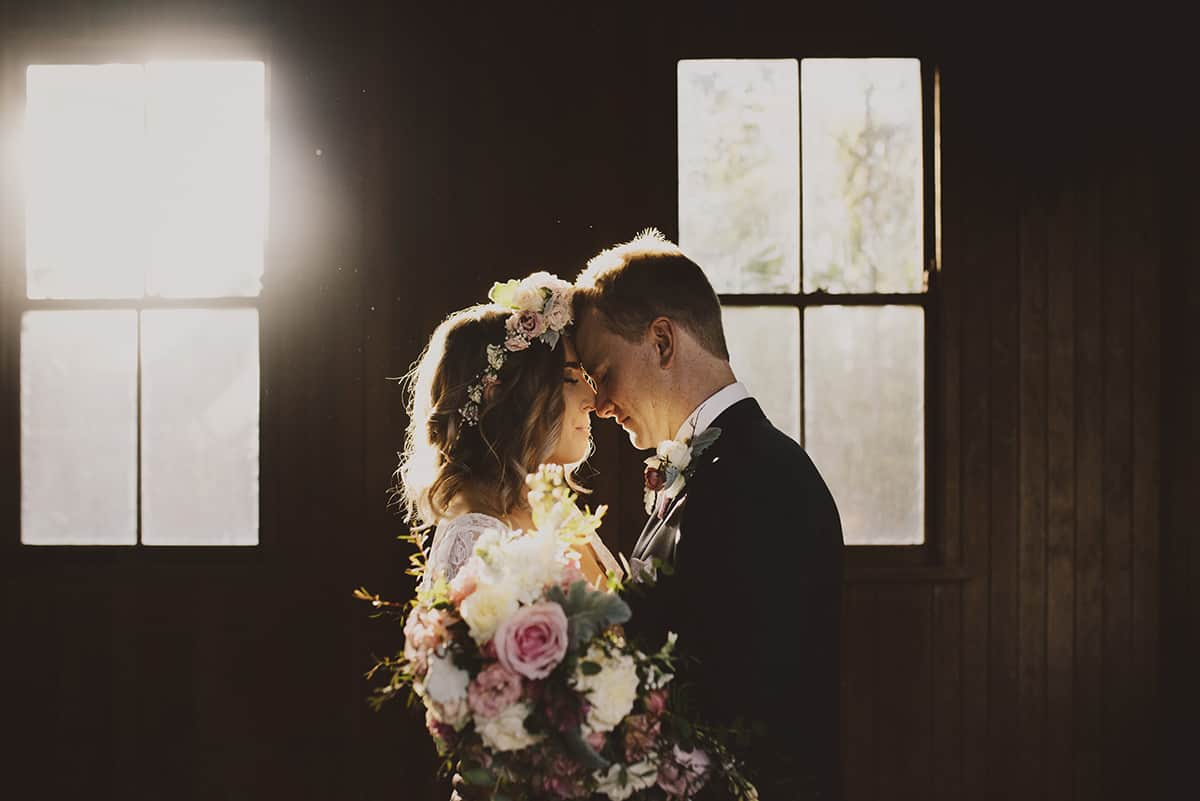 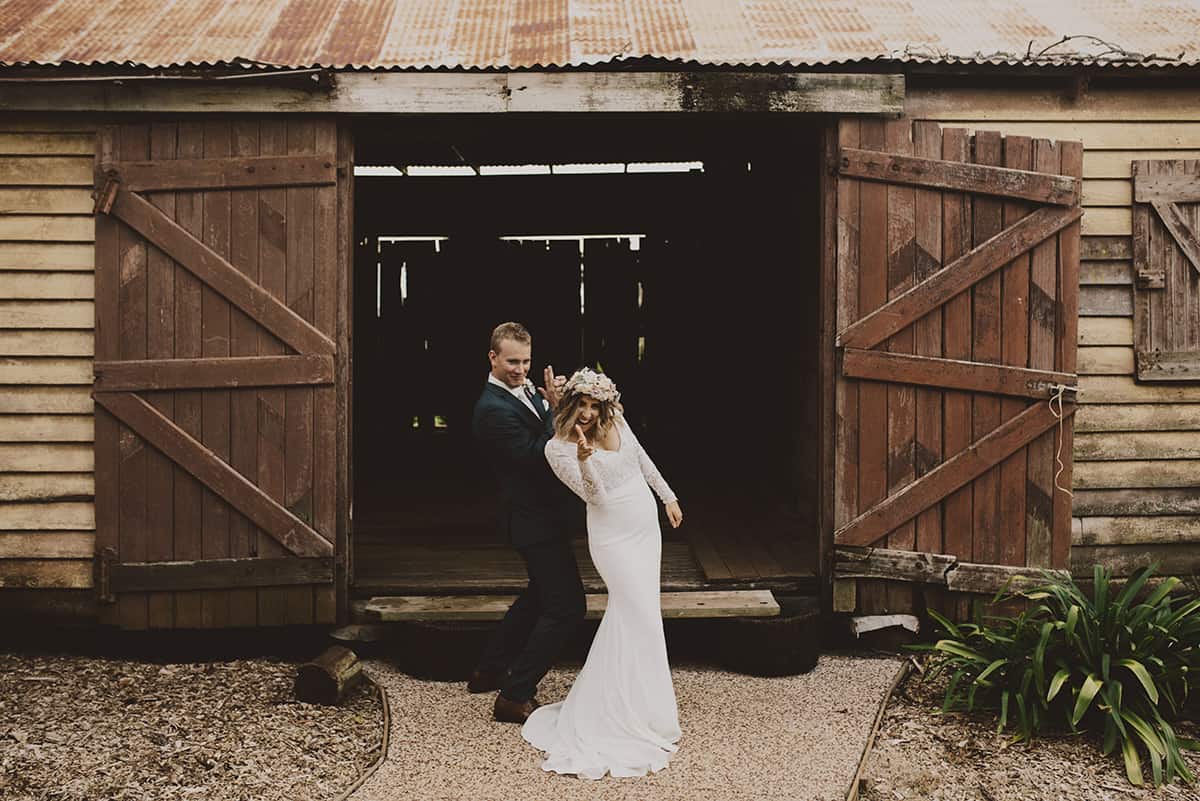 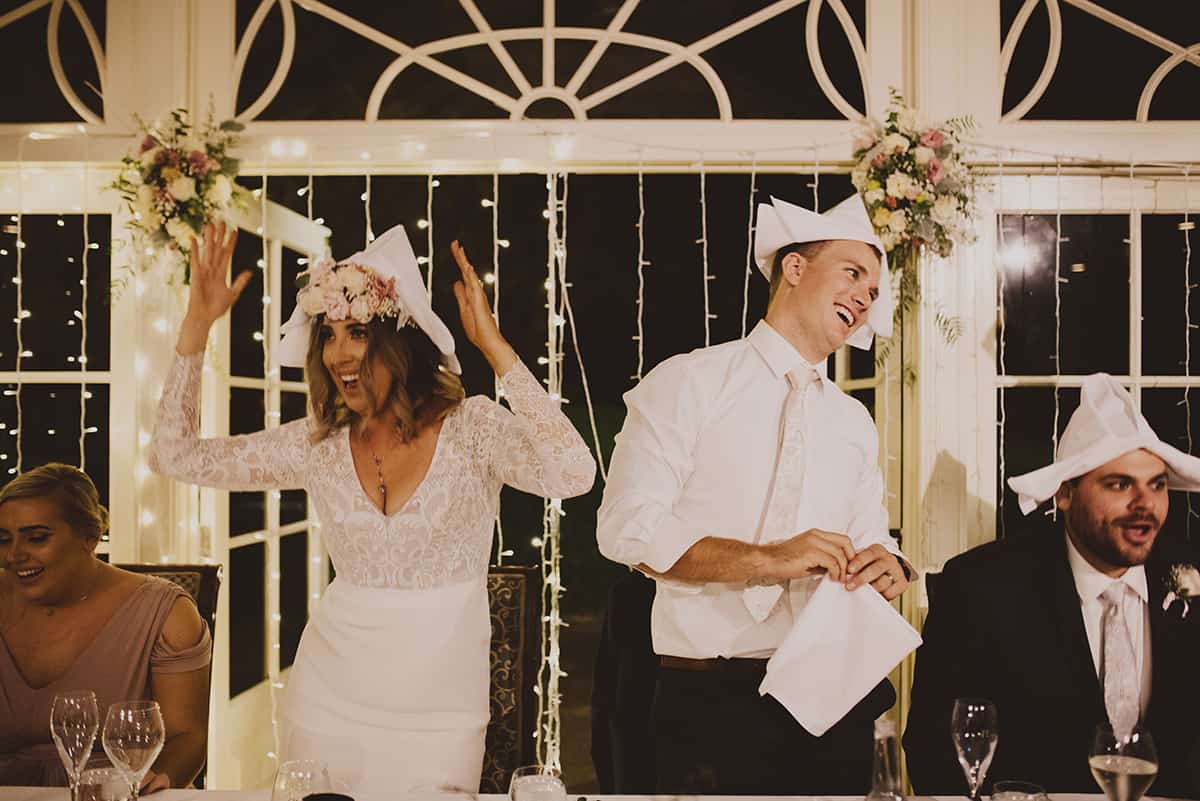 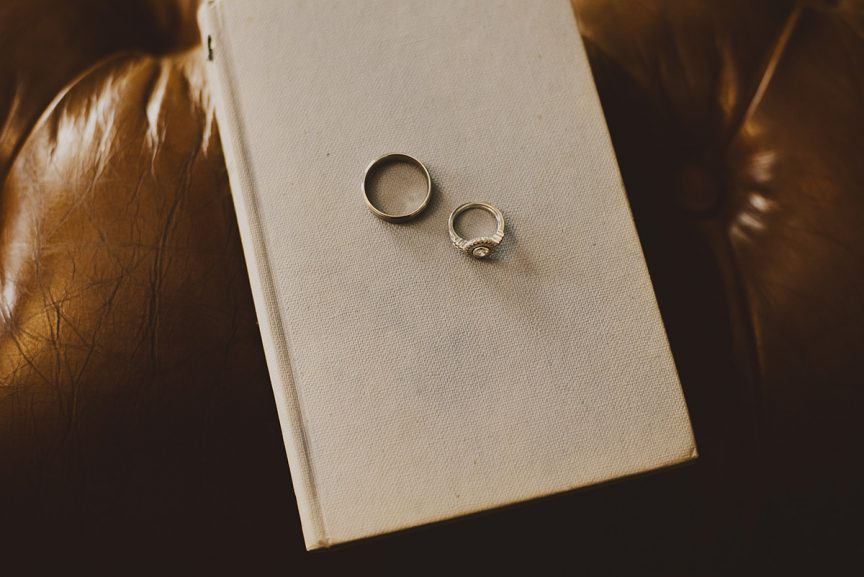