For your chance to win an in-season double pass to this brand new movie (released April 19), simply fill in your details below. Winners will be contacted by email and tickets will be posted via Australian Post. (Viewing T&As apply)

THIS COMPETITION IS NOW CLOSED

London, 1946. Juliet (Lily James), a charismatic and free-spirited writer, receives a letter from a member of a mysterious literary club started in Nazi-occupied Guernsey. Her curiosity piqued, Juliet decides to visit the island. There she meets the delightfully eccentric members of The Guernsey Literary & Potato Peel Pie Society, including Dawsey (Michiel Huisman), the rugged and intriguing farmer who wrote her the letter. As the secrets from their wartime past unfold, Juliet’s growing attachment to the island, the book club and her affection for Dawsey will change the course of her life forever. 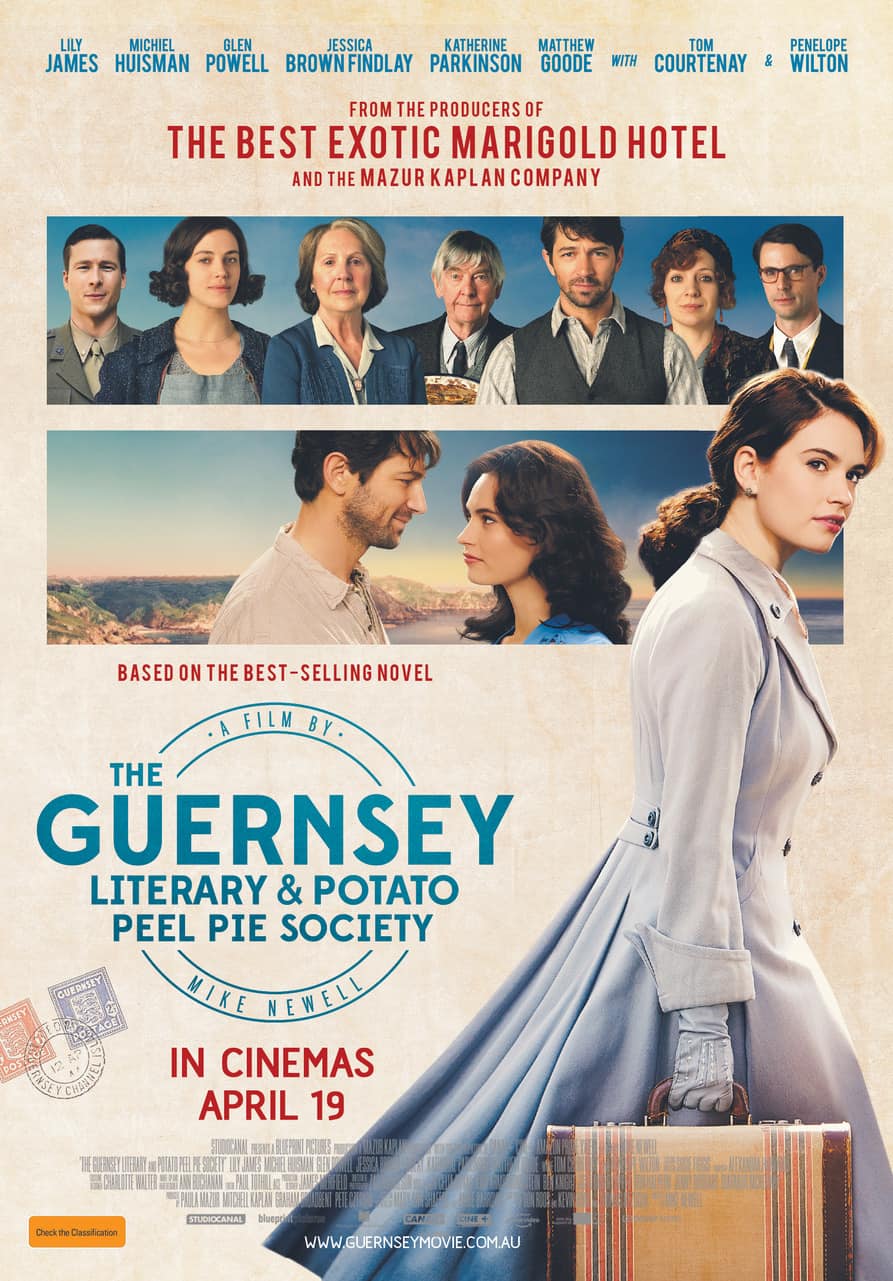