Not so long ago, the idea of a model having even one tattoo, let alone many, was unthinkable. That was, until Sabina Kelley hit the scene and helped to change everything.

Related articles: How to walk down the aisle like a supermodel and Things we’ve seen and loved: July 2017

These days, the heavily tattooed former ballet dancer and showgirl is a hugely successful model and TV star (she was a judge on Best Ink), businesswoman and bona fide pinup icon. But back when Sabina started out, platinum-blonde Glamazons with full-sleeve and back tattoos were definitely not de rigeur in the world of modelling. Someone had to break the mould, and prove that you could be gorgeous, successful, in-demand… and covered in permanent works of art. That person was Sabina.

She’s revered in the tattoo world, the nicest person you’ll ever meet, utterly gorgeous… and a bride. The American pinup star met her Australian fiancé, Nixx (owner of 383 Tattoo and United Supply Co), in Vegas through mutual friends, and she and her three children, Savannah, Kaiden, and Grace Lynn, now live with him on the Gold Coast.

We’re so excited to announce that Sabina and Nixx are now married, having tied the knot on Phi Phi Island in Thailand (read all about it in our next issue). In the lead-up to her destination wedding, Queensland Brides photographed Sabina (in a tattoo parlour, naturally) and spoke to her about her incredible career and her love of ink.

Check out Sabina’s go-to tips for tattooed brides  as featured in our Winter 2017 issue. 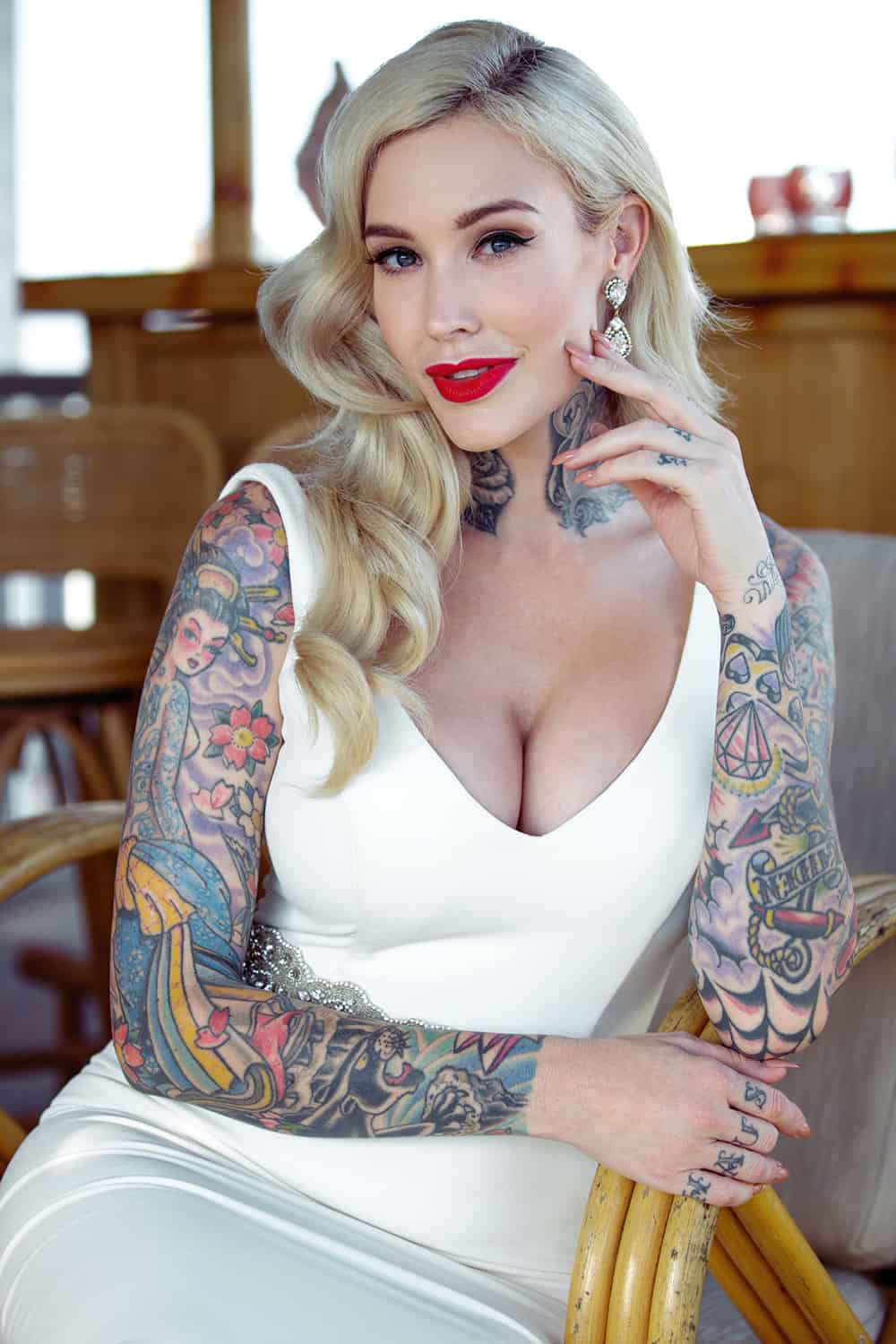 How did you become a pinup model?
“I’ve always been a big fan of the ’40s and ’50s – I loved the look, the makeup, lingerie, clothes, music and cars. But it all really started when I went to the Viva Las Vegas festival about 16 years ago and was asked to shoot for the cover of Car Kulture Deluxe magazine. I did it for fun, but it snowballed from there and became a full-time job. Becoming a pinup model is all about personality and being comfortable in front of the camera.”

What came first: the tattoos or the desire to be a pinup model?
“The tattoos! I never wanted to be a model, that just fell into my lap. At the time, they definitely didn’t go hand in hand, and my tattoos initially held me back from modelling. I was one of the first pinup models to have tattoos and make that a big thing.”

Your tattoos are now obviously your signature, but how hard did they make it to get work initially?
“Most photographers didn’t want to shoot me at all, or they would cover up my tattoos, photoshop them out or angle me so you couldn’t see them. I had to work really hard and build a name for myself… and now my tattoos are a huge part of my career.”

What was your big breakthrough?
“Shooting with world-renowned fashion and celebrity photographer, David LaChapelle for his book and art gallery.”

What’s the best part of your job?
“It’s that I love what I do. It never gets boring because I’m always getting to do something new and exciting. Plus I get to travel the world and get paid for it. I love my job! But having to leave my kids when I travel is hard.”

What’s next?
“I want to do some more TV and some movies. I’m working on my own Sabina Kelley collection of clothing and I also have a lot more up my sleeve – pun intended!” 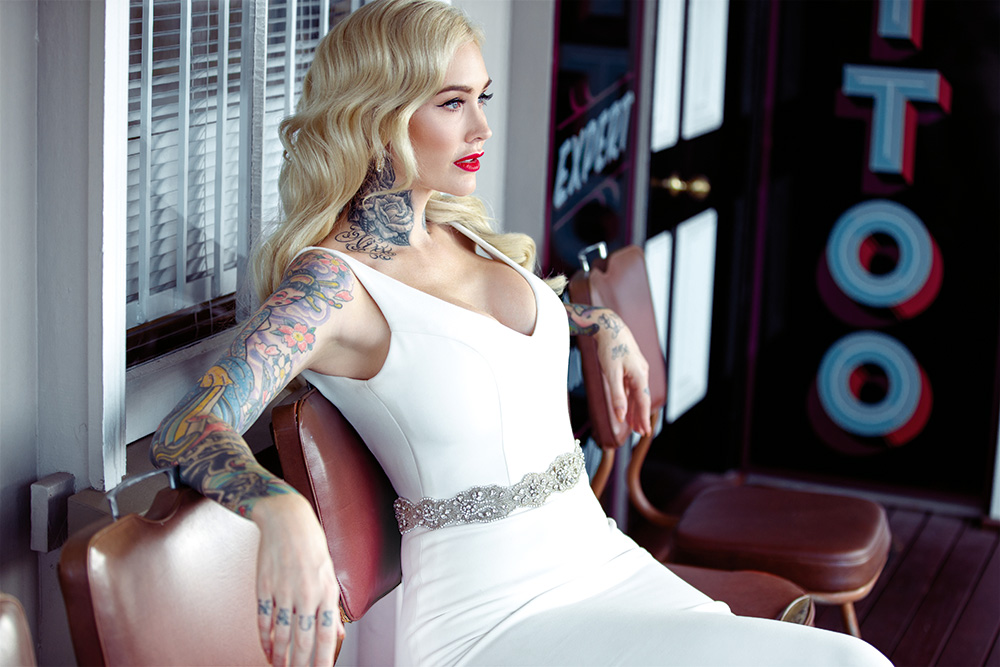 How big is the pinup girl / tattoo scene in Australia?
“It’s pretty big! If you’re into it, I’d really recommend GreazeFest.” [4-6 August 2017 at the Cleveland Showground; it’s the “utmost kustom kulture event in the Southern Hemisphere, where thousands of rockabilly and hot rod fans roll up for a massive dose of ultra-kool kustom kulture”.

When did you get your first tattoo?
“It wasn’t until I was 20, on the back of my neck in Las Vegas. I had wanted tattoos forever, but I was a Las Vegas showgirl and wasn’t allowed.”

Did you commit to your look right from the start?
“Yes, I knew from the very beginning that I wanted full sleeves. My whole back is also tattooed, but that came later.”

What are your favourite tattoos?
“The three roses on my neck by Chuey Quintanar, which represent my kids, and Nixx’s name by Franco Vescovi.

Do you have any that you regret and would like to change?
“I don’t regret any of my tattoos. They are all a part of my life and each has a story.”