The boys are back in town: Legendary ideas for a new-age stag party - Queensland Brides

Stag party, buck’s night, the last night of freedom – however your groom refers to this time-honoured tradition, it’s safe to say he’s probably not looking forward to ‘just a quiet night in’ as he farewells his single-man status. But you can relax, brides – the days of dodgy pub crawls and sleazy ‘men’s clubs’ are très passé (thankfully). These days, stag parties are cool.

Related articles: Tips for a guys’ getaway on the Goldie: Deluxe dude food and Great gear for your groom: fashion, grooming products and gifts

From pizza masterclasses and helifishing, to music festivals and dog fights in an actual fighter plane, the new generation of bachelor parties is so awesome, your groom-to-be might get more excited about this day (or weekend) than the wedding. You have been warned… 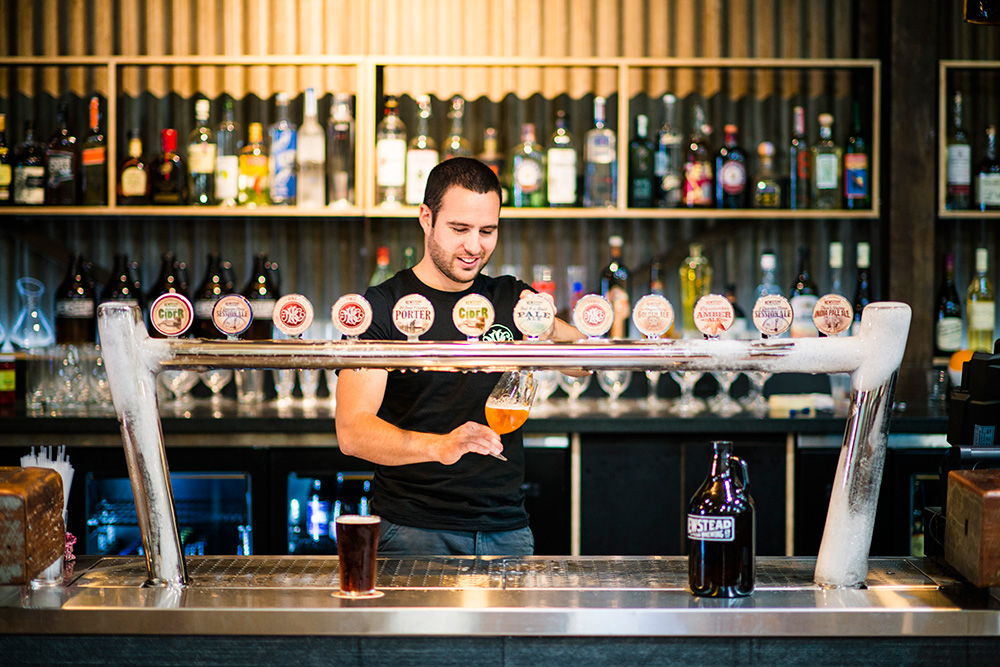 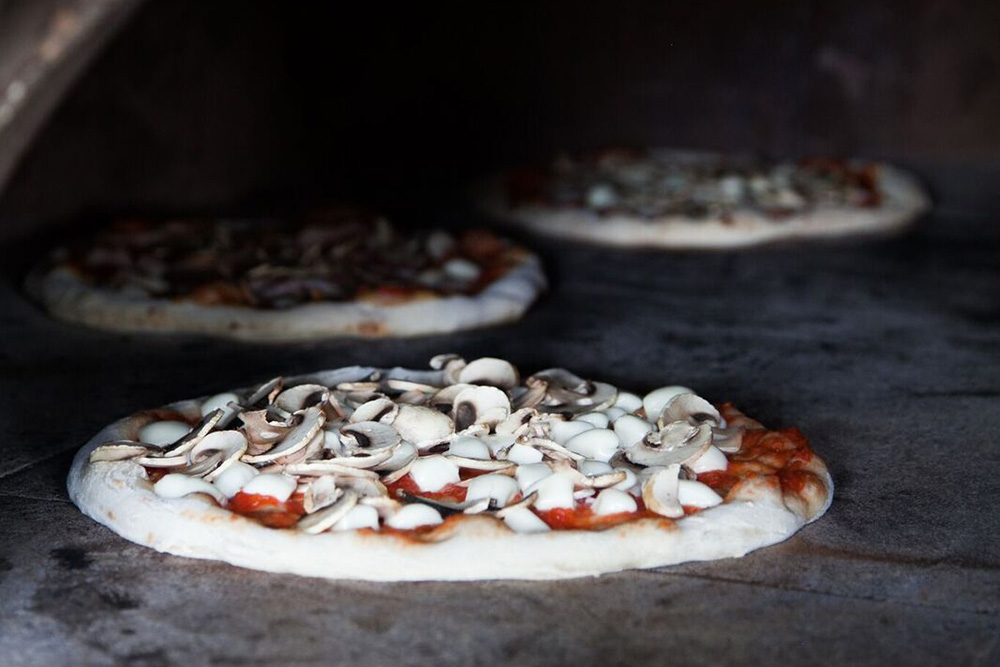 If your groom’s ears perk up at the words ‘craft beer’, chances are he’ll love gathering his mates together at Brisbane’s Newstead Brewing Co. Either its Newstead or Milton breweries are a great place to go for dude food (like old-school burgers and gourmet chicken parmigiana) matched with a pint of something cold. Plus, at their Milton brewery, you can watch the brewers at work through mammoth-sized glass windows. We’re told it’s one-way glass, so he can feel free to gawk.

For something a little more ‘hands-on’, treat him and his mates to a Pizza Masterclass with Salts Meats Cheese in Surfers Paradise. Known around Australia for their authentic Italian fare, SMC will run him through it all, step-by-step, before serving his work hot from the oven with a beer or glass of wine. Bookings are essential. 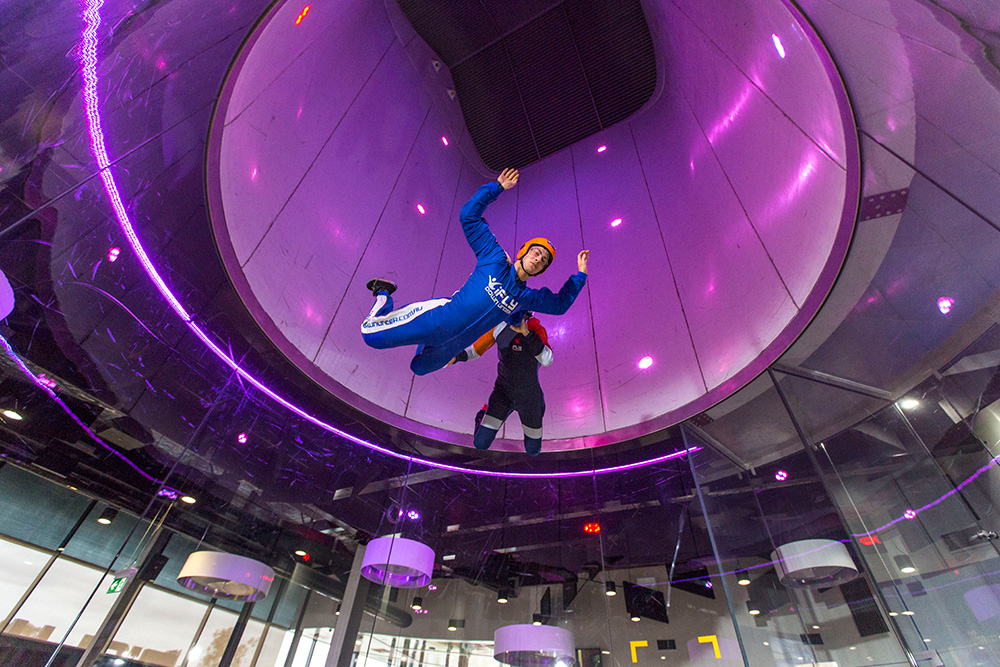 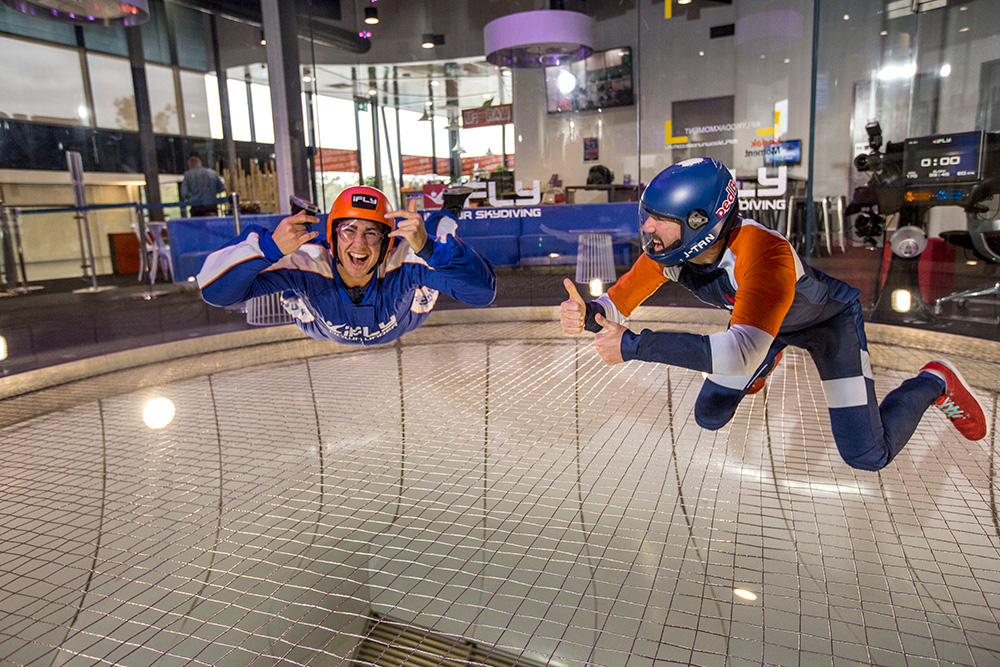 While in Surfers Paradise, head to iFLY for indoor skydiving… just maybe don’t visit right after feasting on pizza. Their Private Group package gets your groom and his friends a private session in the centre’s state-of-the-art skydiving simulator. You won’t have to worry about any ‘dramas’ before the big day – it’s fully controlled, super safe and he’ll get help from expert skydivers.

Still wanting more adrenalin-filled action? For a thrilling adventure he’ll never forget, Nautilus Aviation offers a couple of experiences that are sure to make him a legend among his mates. Perfect for both the professional and the non-angler, NA’s Full Day HeliFish experience includes a scenic flight over Cairns and six full hours of fishing. They’ll provide the refreshments, he can supply the barramundi… hopefully. Or to see one of the world’s most spectacular sights, book their Great Barrier Reef Day Excursion, including a scenic flight and cruise with scuba diving and snorkelling. 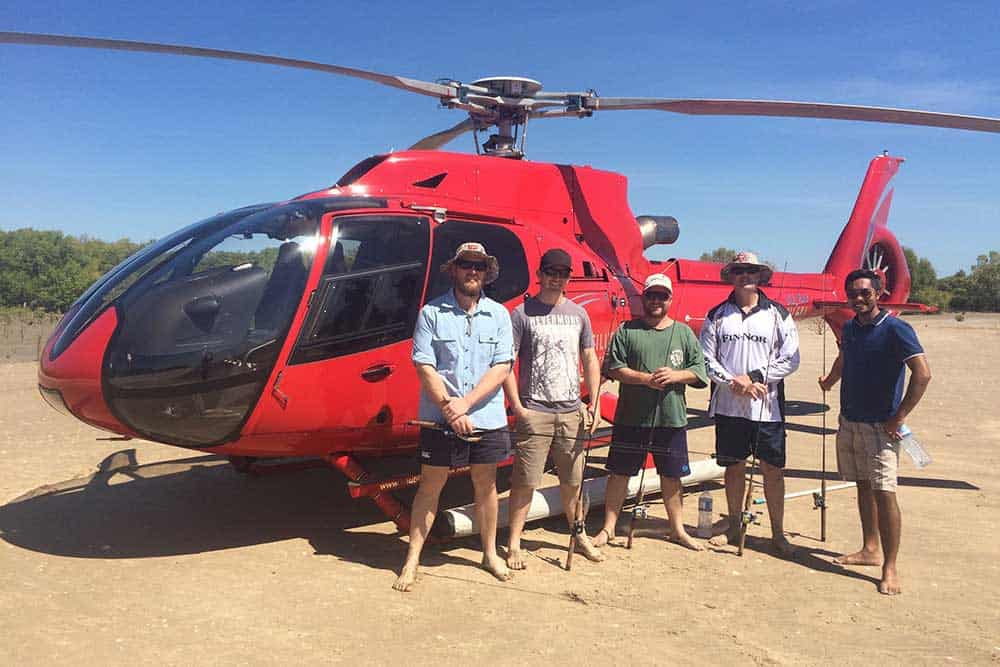 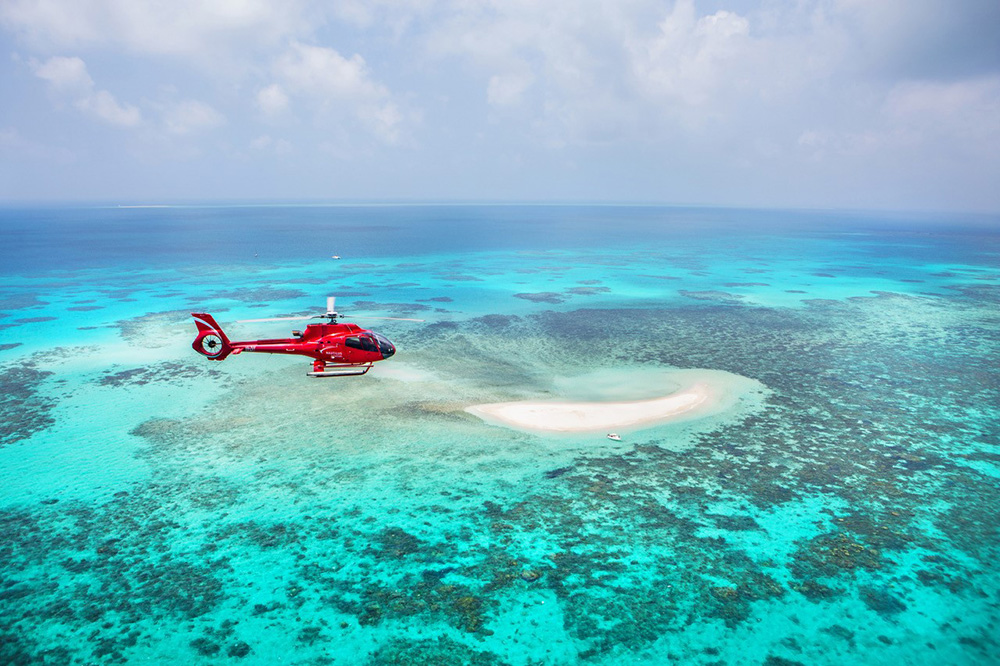 If your groom considers himself more of a Maverick and is a fan of the Memphis Belle film, he’ll be on cloud nine with one of Fighter Pilot’s WWII Fighter Pilot Combat Missions. Leaving Archerfield Airport, FP’s experienced pilots will take him and a friend up in a P-51D Mustang and Yak-3 Steadfast plane for a simulated dogfight with plenty of heart-racing loops and rolls. No experience is required – yes, we know what you’re thinking, but the experts are right there in the plane with them. Phew. 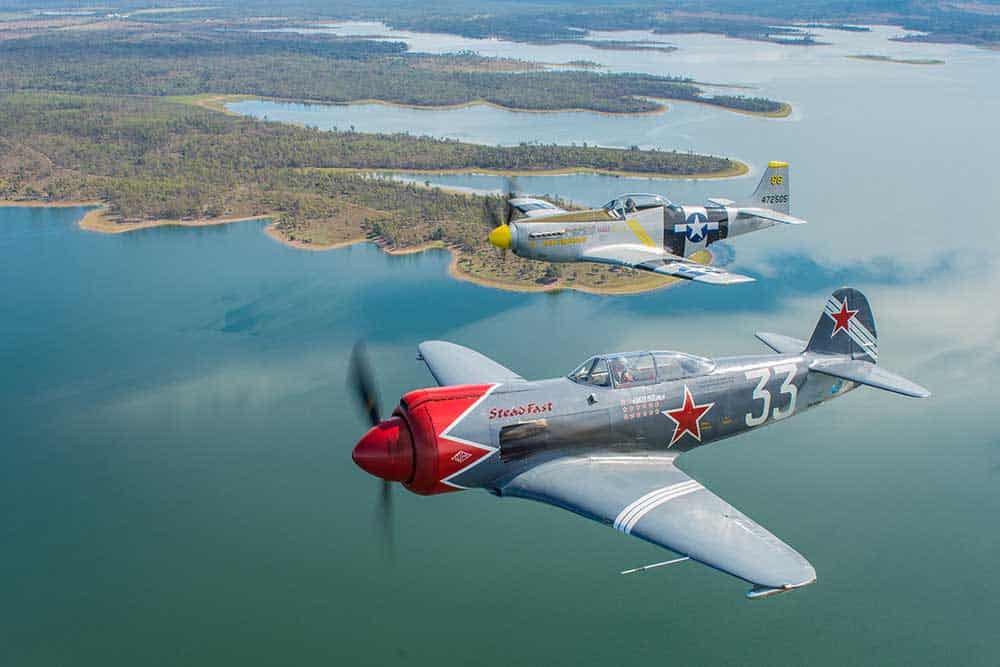 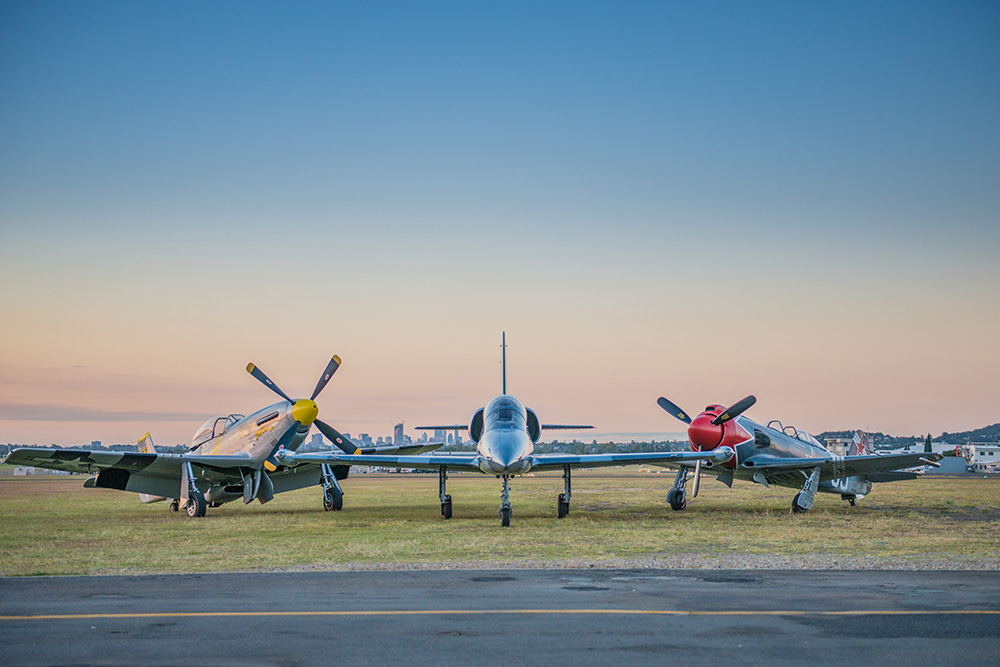 If you’d prefer to keep your groom (and the groomsmen) on the ground, there’s a classic go-to that will always be a favourite for stag parties. Yes, we’re talking go-karting. In the Sunshine Coast town of Landsborough he’ll find Australia’s largest commercial go-karting track at Big Kart Track. With 1.2 kilometres of twists and turns, the track is where he can race his mates and live out his dreams of being in a film from The Fast and the Furious franchise… minus the explosions.

Whatever your groom’s tastes or interests, it’s a safe bet that he loves sharing a few drinks and laughs with his mates. A bit of an institution in the Australian comedy scene, The Sit Down Comedy Club at Brisbane’s Paddo Tavern offers all that with their special bucks’ nights packages – plus they take care of everything so you don’t have to nag him to make plans. If his mates are just wanting to see the show, your groom will be the VIP guest (for free!), while the two- and three-course dinner-and-show packages include a great selection of traditional pub cuisine. One more reason to go? The whole group will get a free pot of beer on entry. 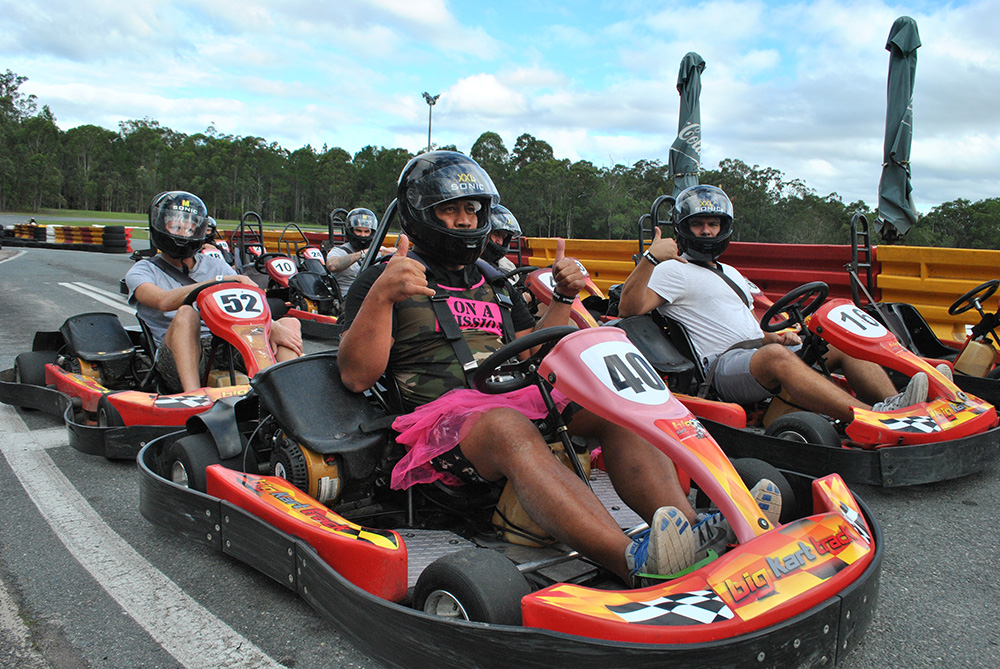 The Sit Down Comedy Club

Just up the road, the Gresham has all the old-world charm of a whisky and bourbon saloon, making it the perfect place for a spirits masterclass. Two-time winner of Bartender Magazine’s National Bar of the Year, the Brisbane bar will give your groom and his mates all the expert know-how in a two-hour class using spirits of his choice. Book in advance and (fingers crossed) he’ll bring home some mad bartending skills.

Does your groom prefer his drinks to be a little more daytime-friendly? Giants in the Australian coffee world, Merlo Coffee offer special coffee appreciation courses at their Bowen Hills, Fortitude Valley and Southport locations. Featuring tastings, light breakfast, a takeaway coffee and a goodie bag filled with treats, the course will impress even the strictest of ‘no fuss’ flat white drinkers. Bookings are essential. 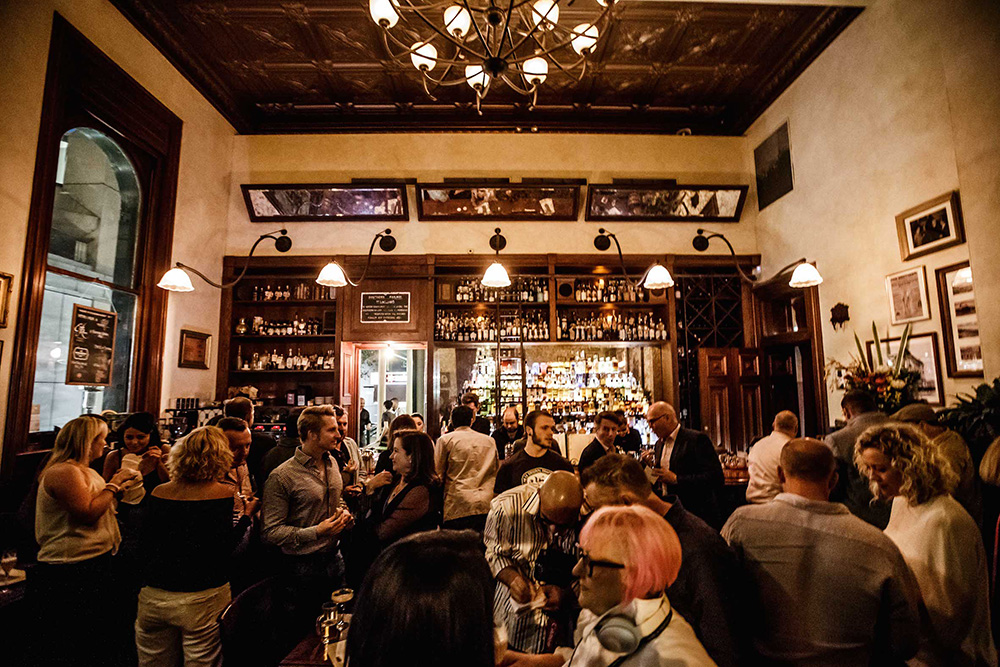 If it’s a boys’ weekend with good music and a chilled atmosphere he’s after, Queensland’s beaches are the place to go. Held on 26 August, Triple J’s Maroochy Music & Vis Arts Festival will see a spectacular lineup of live acts (including The Presets, Bernard Fanning and Gang of Youths) descend on Maroochydore’s Old Horton Park Golf Course. Want more? Between 29 September and 2 October at the beautiful Kings Beach, the Caloundra Music Festival will feature names like Spiderbait, Thundamentals, Art vs Science and Drapht. Camping is also available if they really want to get those festival vibes happening. 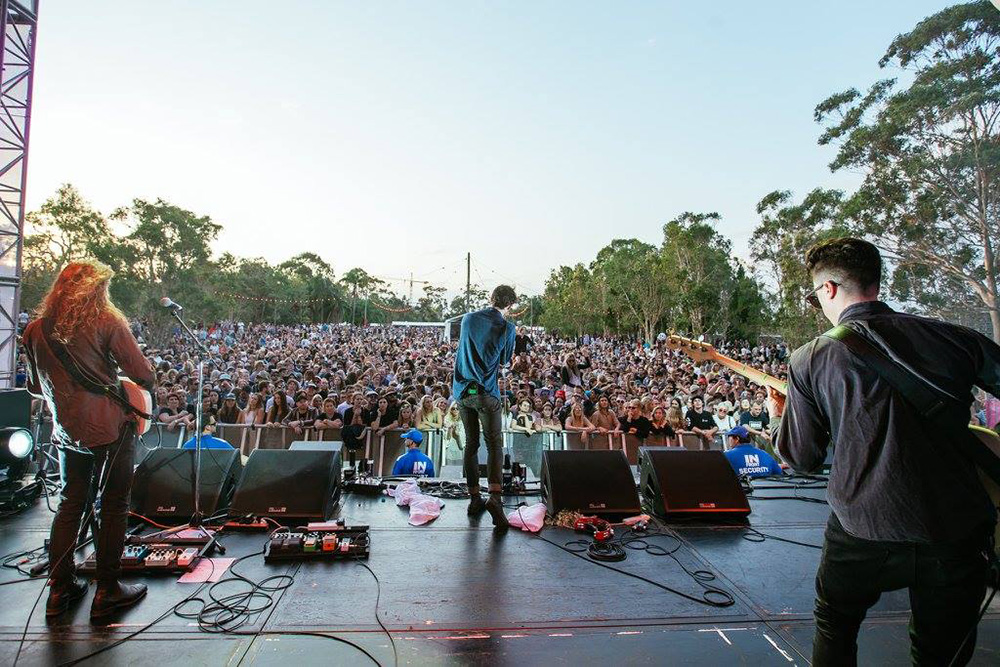 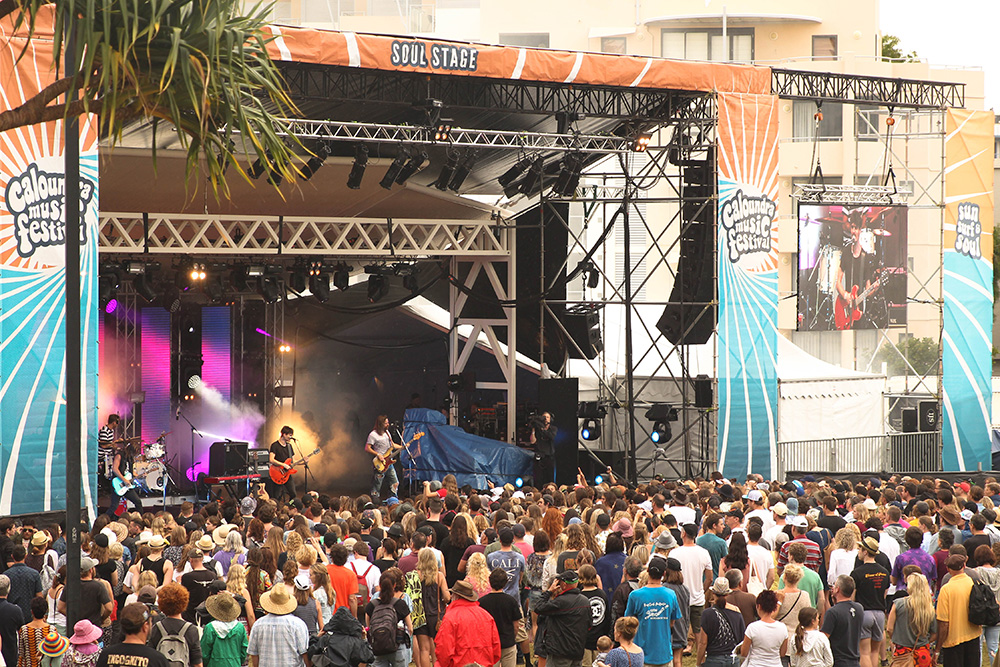 There’s another September event that also has all the makings for a brilliant boys’ weekend – the famous Birdsville Races. Full of thrills and colourful characters, the Annual Birdsville Racing Carnival is two days (1-2 September) of horse racing and rubbing shoulders with locals at the pub in this tiny, remote country town. In other words, it’s bro heaven.

If he’s planning a big stag party at home instead, you’re going to want photographic evidence of what went down. Photo booths are always a hit and the aptly named Photos in a Booth can do everything from capturing video messages to taking your groom to Las Vegas… okay the last one is with the help of 3D Green Screen. We particularly love their Mirror Me Booth, which ‘magically’ transforms from a mirror to touch screen photo booth – check out the video on their website to see how it works. Photos in a Booth

We’ve all heard a few stag party horror stories, but here’s hoping this list gives him a few great ideas. Tell him to make the calls and get the boys together – it’s happening. Actually, forget the boys, we want to go.